Mahayuti of 6 planets in Capricorn, know what is going to happen on you 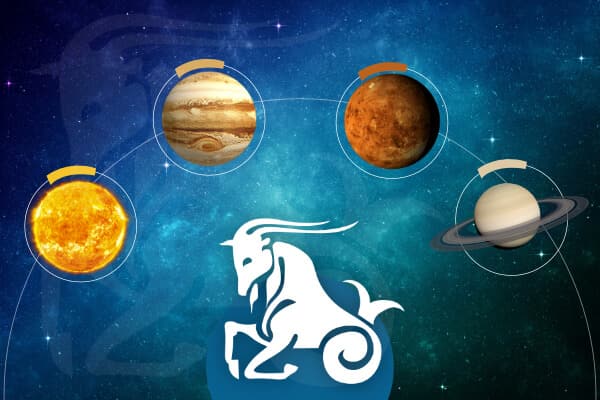 The stellium or group of 6 planets that have been forming since the early months of the year 2021, forming and disintegrating will be completed on 4th February with the transit or transit of Mercury in Capricorn. With the entry of Mercury in Capricorn, from February 4, five powerful planets will converge in a single zodiac. The effect of the combination or group of these planets in Capricorn is going to affect each person differently. The union of Jupiter, Saturn, Venus, Mercury and Sun in Capricorn is going to affect other signs of the zodiac for a long time in 2021. Let us know the effect of this great conjunction of Jupiter, Saturn, Venus, Mercury, Moon, and Sun in order on the zodiac signs.

Group of 6 planets in Capricorn

Effect of combination of Sun, Mercury, Venus, Jupiter Moon and Saturn (6 planets) on zodiac signs
Aries – Raja Yoga will be formed, but also some problems

The group of five planets of the people of Taurus zodiac will be formed in the ninth house of the horoscope. The ninth house of the horoscope is related to your luck and spiritual life. The sum of so many planets at the same place of fate indicates many good and bad signs for the people of Taurus. For Taurus, sitting in the fateful place of Mercury can increase the problems related to finance and health. Jupiter and Venus will inspire you to complete some of your old pending works by sitting at the lucky place. Shani is going to make you work hard and during this time you are advised to be careful from your hidden enemies.
Remedy – Every morning after getting rid of daily activities, chant the Panchakshari mantra of Lord Shiva Om Namah Shivaya.

Gemini – married life will be better

For Gemini, the combination of Saturn, Jupiter, Mercury, Venus and Sun is going to happen in the eighth house of the 2021 horoscope. The eighth house of the horoscope is known as Ayushya or the place of death. Stellium of five planets does not appear to be very beneficial for Gemini. During this time, you should focus more on your health, because in the meantime your immunity is also going to be weak. However, the presence of the lord of the fourth house in the eighth house can work to give you benefits from ancestral property. Under the influence of this stalium, your expenses will be more than your income. Children will face problems in education and health and you will not be able to keep pace with your boss and upper management. However, married life is likely to be better.
Remedy – Recite Shiva Panchakshara Stotra.

In the horoscope of Cancer, the combination of five planets is being formed in the seventh house, the seventh house of the horoscope deals with partnership, husband, wife and marriage. Saturn, Venus, Mercury and Jupiter sitting together in Capricorn in the seventh house of Cancer ascendant horoscope weakens the Sun. During this conjunction, you will not be able to balance your personal and professional life. During this time, you may also have to face financial challenges and may also have to face some losses. During this, be careful in the partnership business, there will be delay in property purchase and loss from investment is expected. There will not be much trouble in married life, but there is a possibility of property-related disputes in the family.
Remedy – Abhishek of Shivling with milk on Monday.

Leo – Stability will be found financially