Are you dreaming about snakes – Why Do We Have Them? 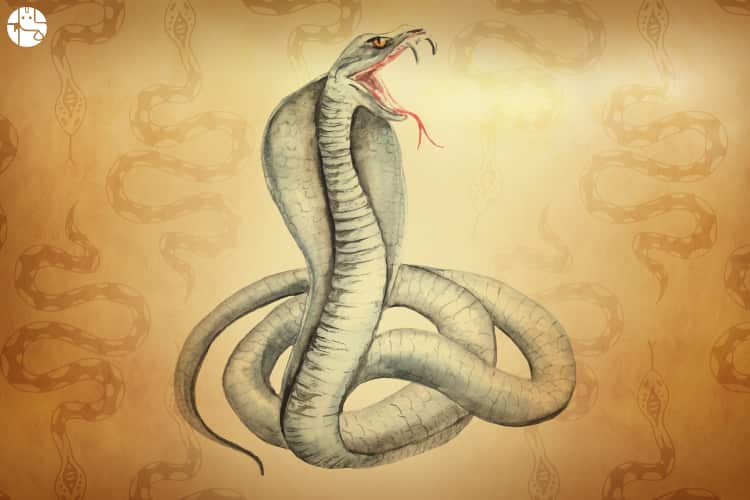 Of all the animals on this Earth, snakes are the most mystical creatures. And to date, there is no concrete reason why. Whatever the reason might be, snakes hold a powerful symbolism in all the cultures. Be it the temptress, or the God, or your repressed sexual energy, or knowledge and wisdom, snakes have been equated to a vast array of things. Every single person in this universe has dreamed about a snake at least once. Ergo, it is only befitting that we have multiple cultural and religious connotations attached to those dreams.

Read on to know the different interpretations of these dreams:

Hindus have always revered and feared snakes. The symbol of a Naga (king cobra) is quite common, and the first image to pop in our heads is the one of Lord Shiva. Shiva wears the snake as a symbol of control over dark forces. Similarly, if one dreams about catching a snake, it is a symbol of victory over the darkness in your life. In other such interpretations, the snake becomes symbolic to the kundalini, often represented as a coiled serpent resting at the base of the spine. Dreaming of a snake means that an individual’s kundalini is finally awakening. The imagery of the snake uncoiling and causing around a thousand lotus petals to open up is used to describe this awakening. For Hindus, this awakening holds an extremely significant spiritual meaning- wisdom and fertility, a way to find personal balance within the cosmic chaos.

Other interpretations state that being bitten by a snake is lucky while killing one is considered extremely unlucky. Seeing a vast snake forewarns a possible misfortune. Seeing a snake come out of a body part symbolizes that the body part will soon be in some physical trouble. Dreaming of a snake in water signifies purity. In fact, according to Swapna Shastra, snake dreams indicate only positivity. If a snake bites a person, it foretells the curing of an ailment. And if a person chews or eats a snake, it indicates incoming wealth and children.

However, not all Hindu interpretations are positive. Swami Shivanand saw snakes as sly and dangerous. Therefore, dreaming of them only means that someone’s out there to harm you. As per Hindu Astrology, the presence of a snake in your chart is more often than not something negative.

Unlike Hinduism, Christian cultures treat snakes as malicious creatures, and dreaming about them brings only negativity in one’s life. This goes back to the Biblical tales of Satan using a snake to manipulate Adam and Eve. The snake is the devil’s pawn to seduce you to go against the wishes of God. And this ultimately brings misery in your life. Hence, seeing a snake in your dreams means that someone will harm you soon or you will face significant complications. If you have a snake bite dream, it is usually regarded as a sign of deception and revelation of your deepest secrets. Most of the symbols include similar themes- enemies, deception, death, negativity, etc.

Interestingly, killing a snake in Christianity means something good; it means that the person will overcome troubles. This is in contrast to the Hindu philosophy, where killing a snake brings bad luck. This can perhaps be attributed to the fact that Hindus worship snakes while Christians treat them as the devil’s temptress. One of the most famous symbols is the image of the Virgin Mary with her foot on the head of a snake- an indication of her conquering her desires.

If you’re a Muslim and you’re dreaming of a snake, it usually brings negativity in your life. Just like Christianity, snakes are considered evil in Islam. The infamous Muslim dream interpreter Ibn Seerin often regarded snakes as enemies. The common belief in this particular culture is that if one dreams of becoming a snake, s/he is not being a good Muslim. On the other hand, if a snake is swallowing someone means wealth and power awaits them. Here, snake-skin is often considered a symbol of riches. If a snake is speaking to you in a dream and the tone is harsh, you are likely to suffer at the hands of your enemies. Similarly, a lot of other snake symbolism includes enemies, warning, and negativity. If you’re being chased or bitten by a snake, consider it a sign of something horrible in your life.

Greeks are huge on dreams being people’s personal prophecies. Dreams, for Greeks, bring in warnings and good tidings, dangers, and friends. In Greek mythology, the earliest symbol of snake is that of Hermes who is depicted as a staff with two snakes intertwined around it (the symbol of modern-day medicine). A similar image belongs to Asclepius, the Greek God of medicine. Dreaming of snakes can mean healing. Dreaming of capturing a snake can say that one will become victorious in life- a concept derived from the tales of a young Hercules conquering a snake.

Snakes also form the part of the harmful tradition of the Greeks. Medusa is often depicted with snakes instead of hair and can kill anyone with her stone-cold eyes. If we take this into account, snakes can mean a warning of death. But, there’s always a silver lining. The Greeks consider Medusa symbolic of feminine wisdom. Dreaming of snakes can also mean that you will gain a lot of knowledge. Other than that, most of the dreams are viewer specific. One of the classic examples of such dreams is the one that Agamemnon’s wife had just before her son killed her. Clytemnestra had a dream that she was breastfeeding a snake- a rather powerful image.

In Egyptian and Roman Cultures

Egyptians Goddesses are often portrayed as wearing crowns fitted with a cobra head. This relates directly to the patron of Egypt- Wadjet. She is the protector of all and is shown as having a cobra head or with a cobra by her side. Dreams about a snake, in this regard, are considered very positive- a symbol of eternal wisdom, immortality, and vision.

As for the Romans, their guardian spirits or genius loci have always been depicted as snakes. Dreaming of them means someone otherworldly protects you (or will protect you). This becomes a kind of hope and assurance.

Chinese do not have the same negative connotations of snakes as a lot of other cultures do. For them, snakes represent mysterious but wise creatures- a fact reiterated in Chinese Astrology. Snakes are creatures with healing properties. They bring with them ancient primordial wisdom. So, it’s no surprise that dreams about snake mean only good for them. Chinese use ZhouGong’s Dream Dictionary to interpret their dreams. According to the book, if a woman sees herself holding a snake, she may get pregnant soon. Dreaming of a pair of snakes means an individual will become independent from his family. A battle between a snake and cat is seen as a sign of all disasters disappearing. And the most common symbol- the snake turning into a dragon- indicates that great things will happen to you. Dragons hold a special place in Chinese culture. They bring wealth, prosperity, power, and good luck.

If you are looking for a personalised solution Talk To Astrologer Now!