Mahhi Vij and Jay Bhanushali blessed with a baby girl 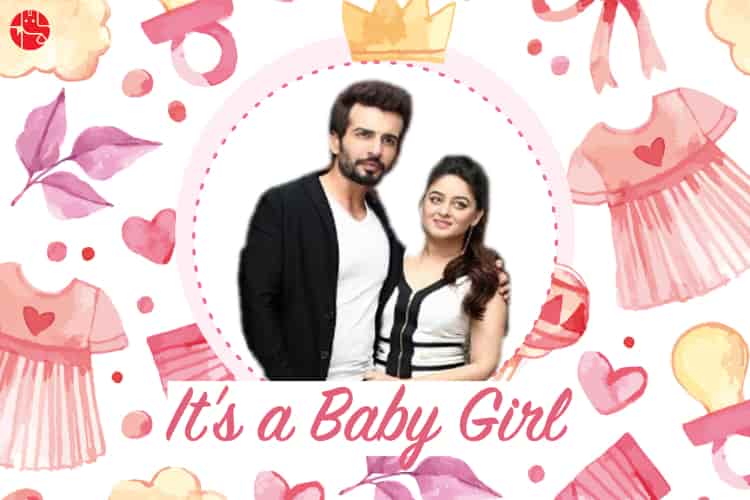 The couple welcomed their little angel on Wednesday, August 21. They are elated to welcome their little bundle of joy and shared the happy news with their fans via social media.

But this is not the first time when Jay and Mahi have embraced parenthood. In 2017, the much-in-love couple had adopted their caretaker’s kids Khushi and Rajveer and decided to raise them as their own.

Mahhi Vij, who catapulted to fame as Nakusha in ‘Laagi Tujhse Lagan’ and played the grown-up Nandini in ‘Balika Vadhu’, was last seen on the fifth season of ‘Kitchen Champion’ along with Jay, while Jay Bhanushali was last seen as the host of The Voice India Kids. Jay is currently anchoring singing-based reality show for children Superstar Singer.

The couple tied the knot in 2010, and their wedding was a secret affair. A few days ago, during an interview with IANS, Actor and host Jay Bhanushali had said that he is praying for a baby girl. He had said that no relationship in the world could match the sanity of a father-daughter relationship, and he wishes that when his wife gives birth to a baby, she is a baby girl. His dream come true. 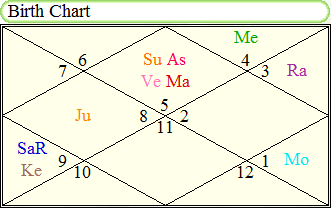 The native is born under Leo ascendant and Aries Moon so we can say that the whole chart is highly influenced by two major planets which are the Sun and Mars. For better understanding, it could be said that these (Sun and Mars) planets are key planets for the native since ascendant is strongly connected with basic constitution or foundation, self, physical, texture, head, brain and mainly the attitude which carries the native for the lifetime.

Planet Mars is also important because it rules the whole mind, nature, perception, thinking aspect, thought process, lifestyle, and so on.

Now, as the planet Sun is located in the first house and owes its sign – Leo, it shows that the native will be highly likeable by all, has strong mannerism, good at administration and at the same time management abilities would also be present.

We can say that the native would be able to manage a big group of people on his own. The native would be adamant and aggressive but, she would have the proper knowledge to channelize her energy in the right place to reap precise results on her own.

Moreover, she is going to be a very positive person and does not get distracted or disrupted in a negative aspect and move strongly with a positive mindset. Overall, her future is bright, and as there are three (Sun, Mars and Venus) major planets are placed in ascendant so certainly, she will choose defence or art for her career prospect. She would excel in her life and mainly in her career aspect as well.

Know about your child’s personality traits. Ask Our Expert Astrologer!

2. What change will she bring in the life of Mahhi and Jay Bhanushali

This cute angel is going to prove to be lucky for Mahhi and Jay Bhanushali, and both of them are going to get positivity all over their life. Specifically, Jay’s upcoming venture would give him consistency in his professional front.

This kid is going to get a new startup for Mahhi Vij as well, and she will find a positive prospect in the long run. Both of them have a great attitude and keen to work hard so things are going to become more fruitful and prosperous from both the ends.

In totality, a new project would be present for Jay Bhanushali because the native ninth house which is also called father, fortune and luck house is a strong connection with the ascendant, so this auspicious yoga is more than enough to uplift Jay Bhanushali’s career on his own.

Mahhi and Jay tonnes of Congratulations!! As new parents, may they be filled with much joy and happiness with the arrival of your new baby girl.

Know more about you and your future with the help of Janampatri.