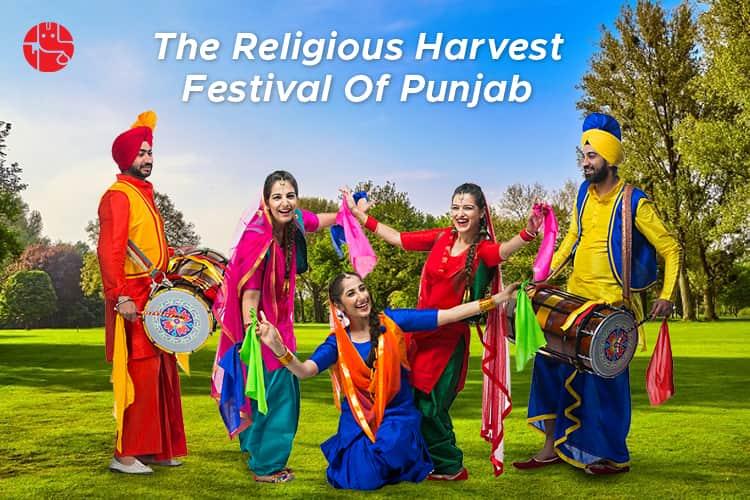 Baisakhi is an ancient harvest festival celebrated in the Punjab region. It is a significant day for Sikhs who celebrate it as the Sikh New Year based on the Hindu solar calendar. It is also referred to as Vaisakhi.

The festival of Baisakhi will be celebrated on Friday, April 14 for the year 2023 in the Vaisakh month. The auspicious moment of the festival will start from 03:12 PM preceding Mesha Sankranti.

Baisakhi is a major Sikh festival that marks the day as the establishment of the Khalsa Panth in 1699 by Shri Guru Gobind Singh. Apart from having a religious importance, this festival is popularly known to be an harvest festival. It marks the time for the harvest of Rabi crops. During this time, farmers along with their families gather in their fields and celebrate by dancing to the beat of the drums around the harvest crops. Baisakhi or Vaisakhi, a word derived from the Sanskrit language, means a month of the Hindu Lunar year corresponding to April-May, regarded in some states as the commencement of the New Year.

About Baisakhi Festival & Its Significance

Baisakhi is one of the most important festivals celebrated in various parts of India, especially in the Punjab region. This vibrant festival marks the commencement of the Sikh New Year. It is a time of jubilation for the farmers who along with their family, friends and loved ones celebrate around the harvest crop heaps. They express their gratitude to God for a good harvest and pray for another bountiful one in the next season. Moreover, the religious importance of this commemoration makes Baisakhi more vivacious. As per Sikhism, it is a day when Shri Guru Gobind Singh, the 10th and last guru, placed the foundation stone of the ‘Khalsa Panth’.

Astrologically, Baisakhi is important as it starts or commences with Mesha Sankranti which coincides with several regional festivals like Pana Sankranti in Odisha, Pohela Boishakh in West Bengal, Bohag Bihu in Assam and Manipur, Vishu in Kerala and Puthandu in Tamilnadu respectively.

The year can bring you enormous profits in business. Remedial Solution For Wealth can make things possible and clear your path to success by removing unnecessary hurdles.

Baisakhi is celebrated with great joy and pomp. On this day Gurdwaras are beautifully decorated. Devotees wake up early, wear bright new clothes and assemble in the Gurdwara to offer special prayers. After the prayers, a special sweet item called “Kada Prasad’ is distributed to all those gathered there. It is a dish prepared out of pure ghee, sugar and wheat flour to be offered as a prasad. Around afternoon a ‘Langar’ is organised where people from all classes rich or poor are offered free food prepared collectively by the devotees.