Sun-Jupiter and Moon-Venus: factors for political success and artistic flourish of Vajpayee! 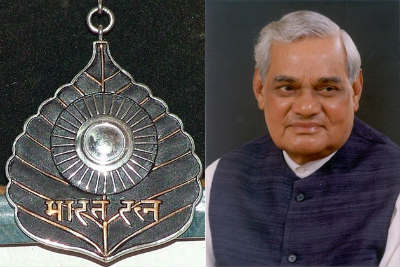 Atal Bihari Vajpayee is a name in Indian Politics, which surely doesn’t need much of an introdcution! A ray of hope and inspiration for a lot of budding politicians, a mentor and guide for many, a phenomenal leader of men, a wonderful ruler of hearts, a super-efficient statesman, a great visionary, the pioneer with great forethought, a much loved prime minister and much more, Vajapayee ji shall forever be remembered and regarded for the way he has influenced Indian Politics and for the blazing and splendourous presence that he has had in the Indian political arena! He is one of the founding members and of the Bharatiya Janata Party, which is presently in power at the Centre under the able leadership of Prime Minister Narendra Modi. Vajpayee ji has enjoyed great limelight, fame and attention, be it for his brilliant political strategies or governance policies, be it for his trademark oratory or be it for his magnificent poetic talent! He was conferred the Bharat Ratna on the 25th December, 2014 by the President of India, and this very date, which happens to be the illustrious former Prime Minister’s birthday has been announced as the ‘Good Governance Day’. Let’s check out the planetary configurations that blessed Atal ji to reach such pinnacles of glory! Know what is your zodiac sign/star sign profile which will help you to know about yourself more.

The Astrological Sketch of the Glorious Stalwart of Indian Politics:

Ganesha wishes a great time ahead to Atal Bihari Vajpayee and wishes him a most happy birthday.