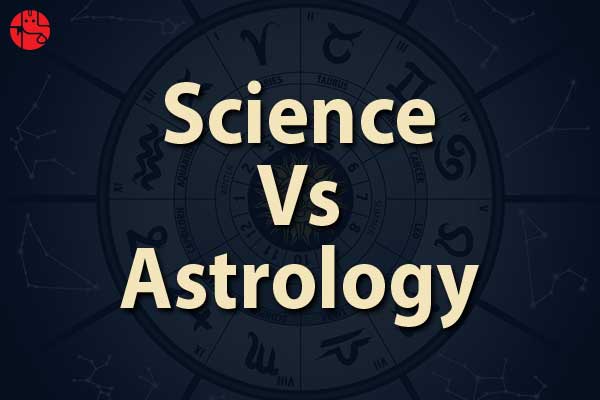 Science is defined as a systematic enterprise that builds and organizes knowledge in the form of testable explanations and predictions about the universe. On the other hand, Astrology is about exploring and predicting human destiny by studying the movements of planets, stars and other celestial bodies. The actions of Science are based on the process of experimentation and evidence while Astrology derives its strength from certain well-defined truths and characteristics attributed to different planets and their movements.

The Deviation And The Coming Together:

Science and Astrology deviate in their perception of Cosmos or the Universe. While Science views celestial bodies as massive physical structures, floating in the space, consisting of matter, etc, which are subjects of academic exploration; Astrology views the heavenly bodies as supra-natural entities, who create and can foretell our destiny. It is argued that Astrology sees Active Energy in the Cosmos, while Science views outer space as Dry and Dead. However, Science and Astrology come together on one most crucial aspect, i.e. :
They both are committed to the betterment of human life and conditions.

How Science And Astrology Are Compatible?

Science and Astrology don’t just come together on the one most crucial point. But Astrology also pursues a path which is scientific. Following points establish this fact all the more:

Focuses On The Natural World

Astrology’s believes that heavenly bodies like the sun, moon, planets, and constellations — have influence over or are correlated with earthly events.

Tends To Explain The Natural World

Astrology has a set of rules about the comparative positions and movements of celestial bodies to generate predictions and explanations for events on Earth and traits of human personality. For example, some kinds of astrology predict that a person born just after the autumn equinox is more likely to become an entrepreneur.

Use Of Testable Ideas

People have made use of astrology to generate very specific expectations that could be verified against outcomes in the natural world. Like, according to astrology, one’s zodiac sign impacts one’s ability to command respect and authority. As these traits are important in politics, we can expect that if astrology really explained people’s personalities, scientists would be more likely to have zodiac signs that astrologers describe as “favourable” towards science. If used to generate specific expectations like this one, astrological ideas can be testable.

–> Know what is Vastu and get rid of life problems with help of Vastu
–> Know what is Numerology and predict your future
–> Get Today’s Panchang – Tithi and Nakshatra
–> Read Daily, Weekly, Monthly And Yearly Horoscope
–> Check Compatibility With Your Partner
–> Zodiac Signs: All About Your Signs