Sun Signs, Anger, Irritation and All About the Sun Signs and Their Styles of Reaction! 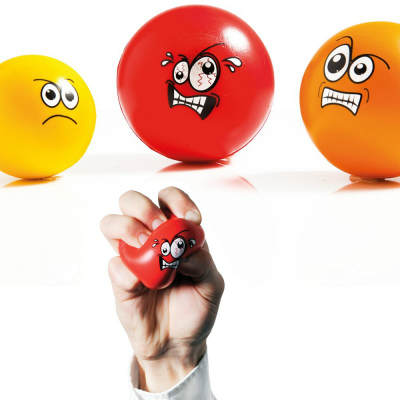 Mars – the planet of Anger and Aggression has just entered the Sign of Scorpio, and there are chances of people’s tempers soaring suddenly due to various reasons. Here, we bring to you a lowdown of how the 12 Signs react when they are furious. Read on and understand why you react the way you have been reacting when provoked!

ARIES
Nothing seems to ruffle you more than a lack of discipline, disloyalty and decorum. But Arians are also known to go into a rage very easily when challenged or provoked. Those of you who have been on the receiving end of the Aries temper know that if not calmed down they can even get violent. But one thing is certain if the opponent remains calm and does not react to their outburst, Arians cool down very fast. They are also the first to apologize, which makes them easier to forgive.

TAURUS
You are generally quiet and have control over your emotions. It is difficult to predict what will upset you, so when you do lose your cool, people don’t know how to react. Your temper is like that of a raging bull, and anyone trying to pacify you will be the first one to get a verbal bashing. You generally get upset when you are cornered or when people accuse you of doing something wrong. You also hate being reminded about stakes you’ve made in the past. You also have the potential to be terribly vindictive if rubbed the wrong way.

GEMINI
You are recognised by your cheerful disposition and your jovial nature is not easily susceptible to anger. In fact, you are the best person to have around when there is an ugly scene at a party you can bring the warring factions together quite diplomatically. But when you lose your cool,you yell and scream and will not listen to reason. You must have the last word in a wordy duel. Your capacity to argue aggressively is matched only by your seductive charm.

CANCER
Considering how charming, caring, and kind you are, you dislike unpleasant scenes, much less creating one yourself. You have great tolerance and rarely get provoked into losing your temper. If someone is unreasonable or trying to create trouble, you are more likely to walk away quietly. But that does not mean you do not have a temper. When angry, in your effort to control your emotions, you tremble, your hands get sweaty, and at times you fumble for words. Tears roll down your eyes easily and the opponent is touched by your innocence and will seek an apology immediately.

LEO
If anyone has total control over their emotions, it is you. But then,you can be described as stiff, cold and uncaring. You are known to lack spontaneity but you really don’t care about opinions. You don’t like to create scenes and will never accept invitations to a party where you suspect the presence of an unruly lot. But your very presence seems challenging to some and they take vicarious pleasure in your disquiet. When angry you can use very critical language. A dressing-down can humiliate your opponent, causing a strain between both of you forever! Your roars can terrify your opponent and you can easily silence your adversaries by your domineering style!

VIRGO
Most of you are gentle and have full control over your emotions, but those of you given to temper tantrums can certainly get violent. When you get into a rage, you yell and shout and tend to break things lying close at hand. You can even harm yourself by banging your hands on a glass top table or wall. You should never get into any argument, for you are a sore loser. You feel that others are trying to persecute you and don’t quite respect your opinions. When hurt, you can also hold grudges forever!

LIBRA
Did someone say that you are the charmers of the zodiac? Well, it’s true. Few have ever seen you ruffled or angry. You are very conscious of your image, and you believe that anger distorts your face and personality. You also think you are above things like anger. But wait before you get into a self-congratulatory mood. Your familyor those very close to you know you better! You have an unmatched temper amongst all the zodiac signs, and what makes it worse is your capacity to justify it.

SCORPIO
Of course you don’t lose your cool. But your very demeanour projects haughtiness, pride and grand disdain for lesser mortals! Others are often found saying that anger sits on your nose, and you are raring to give your piece of mind to the first person who tries to act funny with you. You are selective in the choice of your friends, and have a low tolerance for the superfluous types. Your tongue-lashing (attack) is generally in a soft hissing tone, for when you scream your voice tends to get shrill and loud, and you do hate drawing attention to yourself! When upset, you are angrier with yourself for having shown weakness, for the last thing that Scorpio wants to show is being out of control.

SAGITTARIUS
You are insensible and generally have completely no control over your emotions. You do get angry quickly and others marvel at your anger levels, even when provoked. Actually, you get tongue-tied when angry and you will remove your anger waiting for the other person to calm down. Then you will reason with your opponent and convince the other person in a very gentle manner that the whole thing was just his mistake . You’re also likely to totally sever ties with someone when you’re upset with them.

CAPRICORN
Few will believe that a hardcore practical and materialistic person like you is capable of sensitivity and genuine emotions. You project a hard exterior but are actually very sensitive, a trait you successfully hide from others. You can be seething with anger but will not betray your feelings. But then there are times that even you cannot control your temper. Under such circumstances you can shout and scream, more with frustration at the situation than with anger at any particular person. Your outbursts can shock others and can make them feel guilty too.

AQUARIUS
You are noble and kind and dislike losing control over your emotions. It is very rare for you to get angry. You are also the pacifier in situations that involve arguments. You would try your best to make logic prevail. It is always your endeavour to be perfect and socially correct in your behaviour and attitude, but if misunderstood and slighted, yo! You can give in to an angry outburst. You will shout and scream and then walk out from the scene. You cannot easily forget the situation and will be bitter about it for a long time.

PISCES
The only thing that can be said about you dreamersis that you appear even more attractive when angry, which is surely a rare trait! You are very sensitive to others’ feelings, so you rarely hurt them. But when others tend to hurt you, then things take a nasty turn. You will yell and use harsh words, and feel inclined to shake everything and everyone up. Your creative imagery is at its best when angry, and you tend to get pretty dramatic. When upset, you refuse to listen to reason and wish to be left alone. But once you calm down, you repent your tantrums and seek forgiveness. So nobody can be upset with you for too long!