All About Spring Equinox 2020 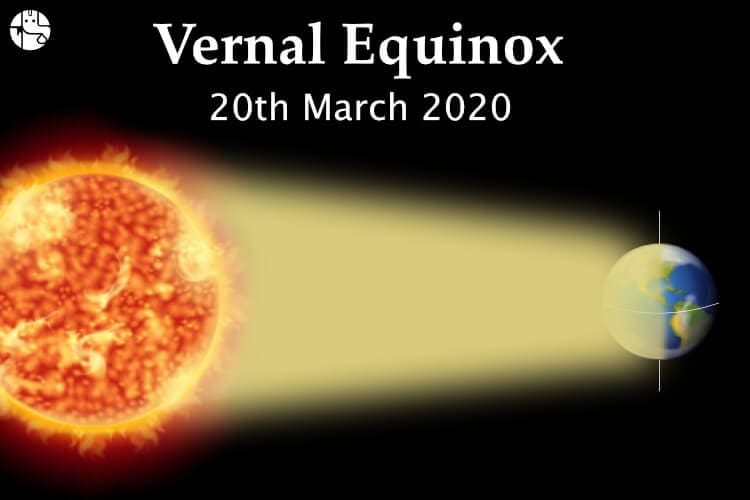 In this gigantic and ever-expanding universe, our existence feels like a mere speck of dust, maybe even more minute. Numerous events take place every year in this vast cosmos, and if we talk about our Solar System, such events are nothing less than magic. One such event that involves the Sun in relation to our planet Earth is the Equinox and is derived from the Latin word aequinoctium where aequus means equal and noctis means night!

Equinox is a time when the Sun is exactly above the equator which, in turn, makes the length of the day and the night equal. This is also a time when the Sun’s yearly pathway intersects with the celestial equator. We all know that our universe and existence itself is full of astonishment and can easily blow anyone’s mind. For instance, just a little tilt from the axis and the Earth can begin or end a new season altogether.

Similarly, another astounding phenomenon is the Equinox where the Sun crosses the celestial equator. Interestingly, there are two kinds of Equinox, one is the Spring (Vernal) Equinox and the other is the Fall (Autumnal) Equinox. The former takes place when the Sun moves towards the North, whereas the latter takes place when it moves towards the South, informs Ganesha.

The spring equinox is also known as the Vernal Equinox and it falls around 21st March every year. It welcomes the New Year with the Spring season and bids farewell to the Winters. This year, as per the Indian Standard Time (IST), the Spring Equinox will be witnessed on the 20th of March in the Northern Hemisphere at about 9.20 am. Astrologically speaking, this is the time when the new astrological year begins and the Sun enters the first degree of Aries (first sign in the zodiac). It is also known as the First Point Of Aries or the Cusp Of Aries as it is the location of the Vernal Equinox. Thus, Equinox is always known to rejuvenate and ignite a fresh new start! Want to know how you can initiate a fresh new start this year? Avail our Premium Janampatri and know your potential!

Besides, according to Astrology of Equinox, everyone is affected by this phenomenon in some way or the other. Moreover, through the lens of Astrology, the Equinox is closely affiliated with the Cardinal signs of Aries, Cancer, Libra, and Capricorn, since each one of them marks the turning point of a season as well.

The equinox creates a scope for several interesting false beliefs too! One such belief is that the event causes massive disruption of communication satellites, which is not the case.

The real definition of the equinox is to have equal night. This event provides extra energy that can be used to work on the out-of-balance areas of one’s life. The equinox is the beginning of a new astrological season. The progression from one astrological season to another marks the change in one’s vibes and aids to focus on maintaining a balance between the dynamism in life. As it marks a new beginning, it helps in starting a new journey in life with a lot of enthusiasm and vigor which is why it is scrutinized as a very crucial event in the yearly calendar!