Saints of India: What Makes Them Great? 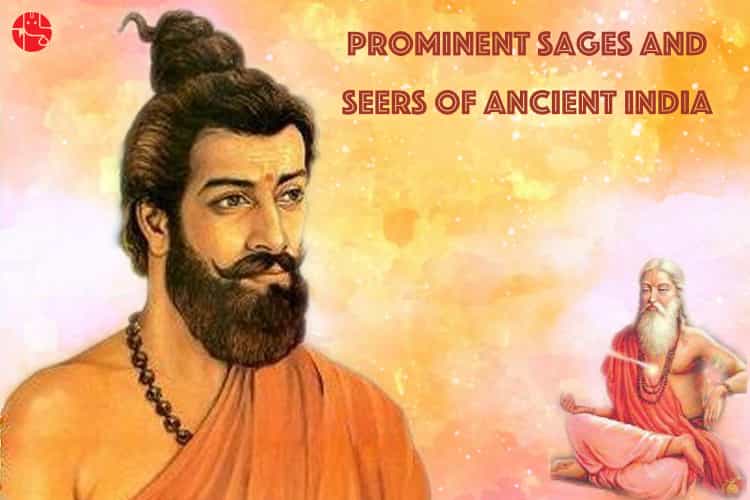 It is stated that, at a subtle level, Truth drives the world more than anything else. Indeed, Truth is the latent force that keeps kindling the fire of continuity for the entire existence. It is further believed that Truth shines by the power of goodness and Godliness. And the excellence is fueled by the invocation of the subtle elements in nature. This task is primarily carried out by the people interested in changing themselves spiritually and improving the destiny of humanity at large. Mostly, these people are the seers and sages who have realised the Truth and have been helping the mortals get over difficulties & sufferings and secure more happiness and positivity, which is the birthright of every individual.
It is stated by many that India is the land of spirituality compared to most other regions of the world. There have been a huge list of saints in India and Indian history who have tried to maximise human welfare and happiness. And it’s exciting to know about some of the prominent ancient scholars of India. Well, here we present brief descriptions of the five most prominent sages of India

Well, among all indian saints, Vishvamitra occupies a very prominent place. As per the Indian tradition, sage Vishvamitra was born as a Kshatriya, but he could change himself into a Brahmarishi (meaning a seer who has realised the Supreme Self). He could achieve this by practising harsh penance and rigid spiritual austerities, even though he faced severe obstacles on three occasions and became one of the greatest saints of India.
The life and story of sage Vishvamitra are provided in the Indian super epic Valmiki Ramayana. Besides, the other great epic Mahabharata says that Vishvamitra’s relationship with the apsara (maiden) Maneka resulted in a daughter named Shakuntala, whose story is narrated in Adi Parva of Mahabharata.

The Achievements Of Vishvamitra: He founded the famous Gayatri Mantra. Besides, he is stated to have composed three Mandalas of the Rig Veda. It is believed that only 24 seers since prehistoric times have understood the whole meaning and the power of Gayatri Mantra. And Vishwamitra is the first amongst these 24.

Vashishtha – The Teacher Of Lord Rama

Sage Vashishtha is another important famous ancient Saints of India. He is said to be the guru of the Devas (or the demigods). He is also the guru of Surya Vansha, the lineage of Lord Rama. At the same time, Vashishtha is one of the Saptarishis (the elite seven rishis of India). His ideas have gone a long way in influencing Indian wisdom. He is believed to be the first sage of the Vedanta school of Hindu philosophy by Adi Shankara.
There are many mythologies and stories associated with sage Vashishtha. For instance, he is stated to have the divine cow Kamdhenu and her child Nandi, who can give anything to their owners. There are also incidents of conflicts between Vashishtha and Vishvamitra as recorded in the literature of legends. Do you want to resolve the disputes in your family? Take the help of Your personal astrologer.

The Achievements of Sage Vashishtha: Well, he is the chief author of the seventh Mandala of Rigveda. He is also associated with the Yoga Vashishtha, Vashishtha Samhita, and some Agni Purana & Vishnu Purana versions. Yoga Vashishtha consists of the teachings imparted by Sage Vasishta to Lord Rama.

Agastya – The Sage Who Drank The Mighty Ocean

Next on the list of saints in India is Sage Agastya, he holds massive importance in Tamil tradition among Saints of India, wherein he is considered a form of Lord Shiva. He neither has a human mother nor a human father, which makes him so very different. It is believed that he was born in a mud pitcher along with his twin sage Vashishtha. In the Shaivite tradition, he is the first Tamil Siddhar. There is repeated mention of sage Agastya in the different chapters of the holy Ramayana. It is stated that he also drank oceans to expose the demons who had gone into hiding.

The Achievements of Sage Agastya: He is stated to be the father of the Tamil language. It is believed that he founded the original Tamil grammar, which is also known as Agastyam (Agattiyam). Besides, he also created many hymns of the most ancient Rig Veda. He started the Agastya Samhita and Agastimata, which is a profound work about gems and diamonds, containing information on the origins, qualities, testing and making jewellery from them.

The Achievements of Sage Kashyapa: Sage Kashyapa – a sage of india who created the profound Kashyap Samhita (or Braddha Jivakiya Tantra), a classical reference book on Ayurveda, especially in the fields of Ayurvedic paediatrics, gynaecology and obstetrics.

Bhrigu – Brahma’s (Mind-Born) Son, Who Helped Him Create The Universe

The Achievements of Maharishi Bhrigu: He authored the famous Bhrigu Samhita. For this, he collected the birth charts, wrote full-life predictions and compiled them. Indeed, Bhrigu Samhita is the first book in Astrology.

Ved Vyasa is an ancient sage of India who was the author of the famous epic Mahabharata.
He is one of the seven immortals. He completed his studies under the guidance of sages of India like Sanaka and Sanananda.
He was born to a famous saint of India, sage Vashishtha.

The Achievements of Ved Vyasa: He wrote the eighteen Puranas and Brahma Sutras. Bhagvat is considered one of his most famous and vital works.
This was a list of 6 Indian Saints and their famous work. India is a land of saints and scholars, and the list of sages of India is long, but every list is incomplete without including these above saints of India.