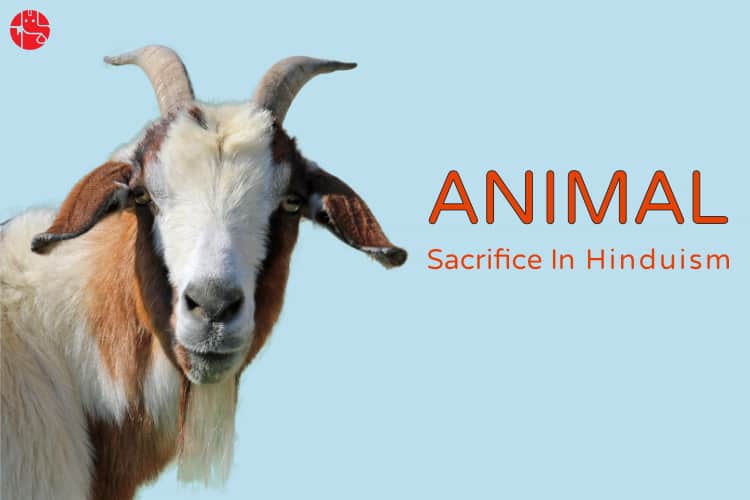 Animals form an important part of our world. In terms of significance, they come just next to human beings when compared with other constituents of the living world. In fact, human beings have evolved from apes so our distant zoological predecessors were animals as well. Despite this fact, as opined by animal rights activists, human beings have not treated animals in a proper manner. Since time immemorial, humans have killed animals for various uses including consumption. Even today, lakhs of animals (including sea creatures) are killed every day. While killing animals for food is a highly common practice in most parts of the world, sacrificing animals for religious reasons has drawn flak from a wide section of the people. Get your problems sorted, Talk to an Astrologer.

It is said, when it comes to respecting the sanctity of animal life, the religious traditions of ancient India (chiefly Hinduism, Jainism and Buddhism) stand very tall. While various religions of the world have spoken against the violence towards other life forms (other than human beings), it is mainly the three Indic religions (religions of the Indian (South Asian) subcontinent), which have been quite successful in implementing non-violence at the grass-root level, converting large masses of people into the practice of Non-violence. Well, as per statistics, at least 30 percent of the population of India is completely vegetarian. Historically, vegetarianism in Hinduism has been propelled by Buddhism and much more by Jainism.

Animal Sacrifice In Hinduism In Some Indian States

However, unlike Jainism, Hinduism is not all about vegetarianism. There are many Hindus who consume meat and non-vegetarian food. Hindus have even believed in sacrificing animals for religious purposes. Sections of Hindus have practised animal sacrifice and continue to do it now, even as this practice is gradually becoming unpopular and eliminated by government policies and the activities of the animal welfare organisations. The regions where animal sacrifice was practised and (to some extent) is practised even now are states of North Eastern India (like Assam and surrounding states), West Bengal, Orissa and parts of Bihar (like the Mithila region). The practice of animal sacrifice is also prevalent in the Himalayan republic of Nepal, however there, too, it is gradually losing ground.

Animal Sacrifice, A Feature Of The Hindu Sect Of Shaktism

In some Shakti Hindu communities, the killing of the buffalo demon and the triumph of Goddess Durga is observed with a symbolic sacrifice instead of animal sacrifice. On the other hand, the Rajputs of Rajasthan worship their weapons and horses on Navratri. Earlier, they even offered a sacrifice of a goat to a goddess revered as Kuldevi – a practice which continues to exist at a few places. As per the ritual, the animal is to be killed with a single stroke. In the past, this ritual was considered a ritual of transfer into manhood and readiness as a warrior. The Kuldevi among these Rajput communities is a warrior-pativrata guardian goddess, with local legends tracing reverence for her during Rajput-Muslim wars.