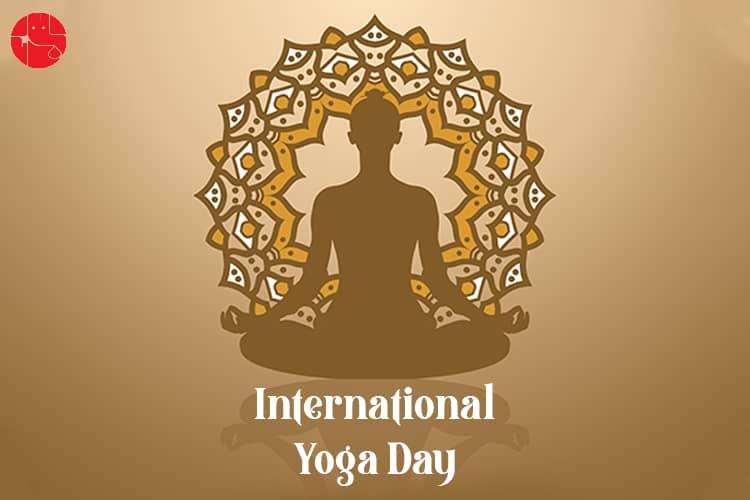 Yoga is an ancient practice involving the physical, mental and spiritual bodies. It gives peace of mind, calmness, confidence and courage due to which people are able to do several activities in a better way. It is a state of harmony and union at every level of existence. Yoga is practiced in multiple forms all around the world.

The International Yoga day is celebrated in India and across the globe on 21st June every year.

The International Yoga day is observed every year to spread awareness about the importance of Yoga. It is celebrated to spread its various benefits and effects on the health of people. The word 'Yoga' comes from Sanskrit language. It simply means to join or to unite. Hence it is a significant practice to unite the mind, body and soul of a person.

The International Yoga Day was celebrated for the first time on 21 June 2015. The Prime Minister of India, Narendra Modi had initiated it by giving an impactful speech about Yoga on the 27th of September, 2014, in the United Nations' General Assembly. After this day, 21st June was declared as the "International Yoga Day". After this time, it came to light that people also knew the benefits of Yoga, some of which can be seen and some can't.

Since the pre-Vedic times, India has been introduced to Maharishi Patanjali's contribution towards India in which he organized and compiled various Yoga postures and practices in Yoga Sutras. For many years, Yoga continues to be a part of the lifestyle of the Indian people. It plays a vital role in the Indian culture and civilization. Yoga not only consists of the physical elements of humanity but also spiritually uplifts a person. It is therefore an ever flowing river of knowledge, karma and devotion.

21st June is an auspicious day when we pay homage to the Sadgurus. It is also the day of the summer solstice. During this time, the North pole gets tilted towards the Sun or we can say that the Sun starts moving from North to South. From the perspective of Yoga, this period marks a transition to start meditating. It is also interesting to note that 21st June in the Northern hemisphere  deems to be the longest day of the year.

Yoga does not just help overcome health challenges, it connects people across the world with each other. It connects both - protection of health and sustainable development of health. Let's decide to practice Yoga regularly and make our life healthy.