Gayatri Jayanti – Its Significance In The life Of Devotees 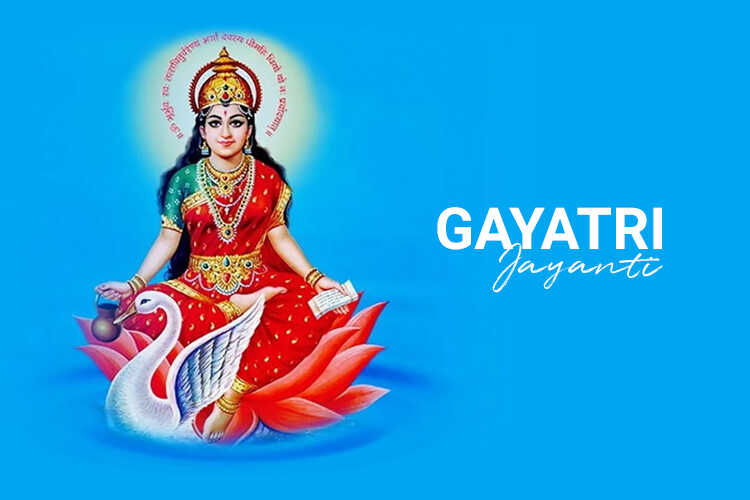 Indeed, Gayatri Jayanti is a very significant festival in India. Since Vedas are central to Hinduism, and Gayatri Jayanti celebrates the birth of Goddess Gayatri, the mother Vedas, so Gayatri Jayanti has come to acquire a lot of importance. In fact, Goddess Gayatri is considered as Brahma, Vishnu and Shiva in the Vedas. She is also believed to be the second consort of Lord Brahma. There is a belief that Goddess appeared in the form of knowledge on Shukla Paksha Ekadashi in the month of Jyeshtha. This day is also known as Nirjala Ekadashi. Matantara Gayatri Jayanti is usually observed on the next day of Ganga Dussehra. The knowledge which she represented was shared by sage Vishwamitra to the world, leading to the elimination of ignorance. This year Gayatri Jayanti falls on June 10, 2022.

According to Atharvaveda,, Maa Gayatri has the power of age, life, fame, and wealth. She is also known as Panchmukhi in Sanatana Dharma. It means that the universe is made up of five elements i.e. earth, light, water, air, and sky. You can consider Mother Gayatri as a form of life force that exists in every human being. Hence, it is the reason that Goddess Gayatri is considered the core of all power.

According to Mythological texts, Gayatri is the goddess of Lord Shiva. She is characterised by five heads and ten hands with each head representing the Pancha tattvas i.e. Prithvi, Agni, Jal, Vayu and Akash. When you see her picture, you will see her seated on a lotus and holding ten different items in each of her hand such as shankha (conch) chakra (discus), kamal (lotus), varada (a mudra), abhaya (another mudra), kasha (a whip), ankusha (a sharpened weapon with a pointed hook), ujjwala (a utensil), rudraksha mala and a gada (mace).

However, according to other mythological texts, Mother Gayatri is the consort of Lord Brahma. Some of the ancient depictions also showed her with only one head. One interesting fact about the Gayatri mantra which is derived from the Rigveda has twenty-four letters. Each letter represents the twenty-four tattvas of the universe.

These tattvas are as follows:

In some more versions, the last four versions are considered as Antahkaranas – Mann (mind), Buddhi (intellect), Chitta (consciousness) and Ahankara (ego).Goddess Gayatri represents various tattvas of creation, hence, this is the reason that she is known as supreme diety. She enlightens the soul by removing darkness.

You can know all about the ritual of the Gayatri festival from an experienced and qualified astrologer.

Story Behind This Festival

On Gayatri Jayanti day, sage Vishwamitra first uttered Gayatri Mantra. Some people also believe that Goddess Gayatri, the Mother of Vedas, appeared on the earth on this day. As per the legends, Goddess Gayatri is the Supreme Goddess and is also worshipped as Mother Goddess. Devi Gayatri bestowed her devotees with all spiritual and worldly happiness.

Devotees offer special prayers and pujas to Goddess Gayatri. People from different walks of life gather to offer their respect and devotion in the form of prayers and puja which are conducted by Pandits. Satsangs and Kirtans are organised on this day, and the Gayatri Mantra is chanted. If devotees chant the Gayatri mantra, then there is no need to chant any other mantra. One must recite the Gayatri mantra thrice a day, preferably in the morning, afternoon and evening.

The Importance Of Gayatri Mantra- The Most Sacred Of Mantras

Seek the blessings of Maa Gayatri on this day and have a word with expert astrologers for the correct predictions.