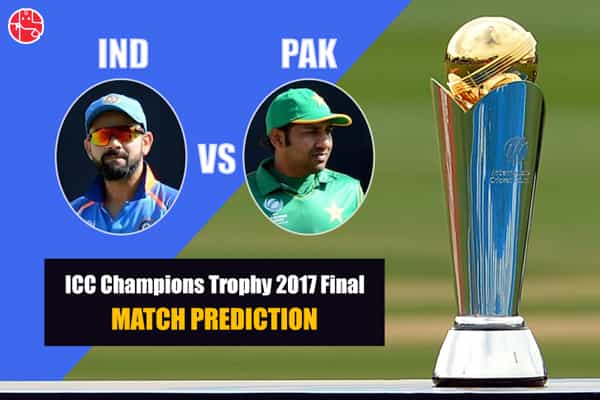 The lowest ranked team of this Top-8-Teams ICC Champions Trophy 2017, Pakistan started their campaign disastrously by caving in to hot favourite India by 124 runs in their opening match. And yet, here they are again, after defeating South Africa, Sri Lanka and hosts England, to set up an alluring finale to this marquee tournament. India-Pakistan matches may create lot of revenues for the sponsorers and other stake holders. But what do the stars say about your business?Get the 2017 Business Report and know the answers.

However, the Mother Of All Contests in World Cricket, an Indo-Pak Match, is beginning to get a bit boring. Consider this: When it comes to ICC tournaments in all formats, India have completly dominated their arch-rivals and have won 6 out of 6 matches in the World Cup, 5 out of 5 in the World T-20, and 2 out of 4 in the Champions Trophy, which makes it 13 out of 15 games so far. Will this Father Of All Cricketing Contests (tomorrow being Father’s Day) change the fortunes of Pakistan? Ganesha doesn’t think so, and with the help of astrological analysis, predicts another win for India in this 2017 ICC Champions Trophy. Indian team may reach the top again. This may boost the prospects of its players. But what would be your career situation in 2017?Buy the 2017 Career Report and know the future of your career.

Conclusion:
Considering all the parameters, Ganesha feels that India will win the ICC Champions Trophy 2017 Final against Pakistan.

For Instant Solutions!Talk To Astrologer Now.