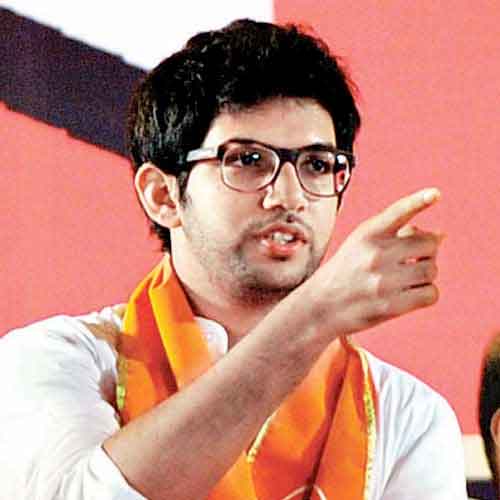 The heydays of the hailed political party Shiv Sena in its heartland Mumbai seem to be over. In fact, the iron-grip of the ace party in Maharashtra, particularly in Mumbai, had started dwindling, even during the lifetime of its founder Balasaheb Thackeray, grandfather of the latest entrant Aditya Thackeray. Aditya’s father Uddhav Thackeray, who was given the reins of the extreme right-wing party in 2004, after his father’s demise, failed to recreate the clout, which Balasaheb wielded, once famously calling himself the remote control of the state’s Chief Minister. He was, at the prime of his power, the one whose writ was law in the financial capital of India.

As of now, though, Shiv Sena’s support in Maharashtra, as the recent Assembly elections proved, has further eroded under Uddhav, who never really made it to the hearts of the voters. The party, after an acrimonious seat-sharing disagreement with the BJP in the run-up to the elections, did not even emerge as the single largest party.

Are we then witnessing the decline and the imminent defeat of a political dynasty? Well, there may be a ray of hope for Shiv Sena in Aditya Thackeray, the 24-year-old scion of the Thackeray dynasty. The onus to rebuild the party’s reputation and fulfill/ protect the promises of his grandfather rests now on the young shoulders of Aditya.

Will he be able to live up to the expectations of people? Will Aditya Thackeray be able to clear the blemished name of his political dynasty? Ganesha takes a look at his Solar Chart, created in absence of his exact Birth Time, to predict of the times ahead.

A strong Natal Saturn in a Birth Chart is always a boon for a politician or a person with political ambitions. In Aditya’s Personal Chart, Saturn forms the Shasha Mahapurusha Yoga, and becomes very powerful by being Vargottama. This signifies that Aditya is gifted with a very strong character and a great leadership quality.

Additionally, the strong Venus in the 4th House from his Natal Moon shall make him a charismatic leader.

The Transiting Planets
Currently, the transiting Saturn is aspecting the Natal Sun in Aditya’s Chart. So, it is noteworthy that the Thackeray junior is currently passing through a very important and decisive phase of his political career.

However, given the transiting planetary influences, he may find difficulty in pushing things ahead, and pressure may start mounting on him.

But, the transiting Jupiter will be moving in his favour from June 2015 onwards. So, it is likely that Aditya may act in a more confident manner from June 2015, and his actions during the period between July 2015 and April 2017 may boost his reputation and political status. Influential people in Maharashtra politics will specially favour him – as an emerging leader.

In Summation
The Natal planetary configurations in Aditya Thackeray’s Solar Chart or Surya Kundli confirm that he has the potential to take Shiv Sena’s grand legacy forward. His Chart also indicates that, though, he curently looks aggressive in his approach, he will be more secular, progressive than his father, and shall be able to maintain a dignified poise. He may not opt for extreme means to get the ends he desires to reach. Thus, all in all, Ganesha feels that Aditya can be an asset for Shiv Sena’s future.

We wish him the best!