Union Budget 2017: What To Expect And What Not To Expect – Ganesha Predicts 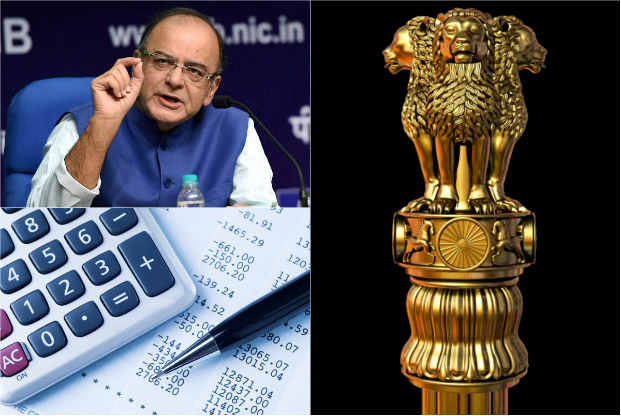 Indian Budget 2017-18 – The First After Demonetisation

The Union Budget for the financial year 2017-2018 shall be presented by the Honourable Finance Minister Arun Jaitley on 1st February 2017.
After the demonetisation drive this will be the first budget by the Modi government thus there will be a lot of curiosity amongst the masses. The expectations will also be quite high. But what will transpire on the D-Day no one knows. But Ganesha after a thorough analysis of the planetary picture has made some surprising revelations.
It is quite likely that the prices of cosmetics gold diamond jewellery may go up. On the other hand the media-entertainment food processing industries etc. may get a favourable treatment. But what else can the masses expect from the Budget 2017? Find out.

A Quick Look At The Past:

In the Horoscope of independent India the Sun is placed in the Sign of Cancer which happens to be the 3rd House. On the Budget Day the transiting Sun will be passing through the 9th House and Shravana constellation. This aspect indicates that the Finance Minister may take some decisions regarding the gold policy Public Sector Units (PSUs) taxation Income Tax Sales Tax and those areas which may have an impact on the GDP.

The 5th House in a Chart represents the mutual funds speculation stock market brokerage the education sector and universities creative agencies etc. On the Day of India's Budget Jupiter will be transiting through the 5th House and as a result the aforementioned sectors may get to hear some good news. In general education however can be expected to get more affordable. This may not apply to higher education though.
It seems that the economic picture in 2017 is somewhat uncertain. But do the stars indicate the same in your case? Or are your financial fortunes about to shoot up this year? Find out all in the 100% personalised and hand-written 2017 Finance Report now!

Media and Entertainment sectors to benefit?

Transiting Mars will be forming a conjunction with the Moon and Venus in the 11th House. Due to this configuration the media and entertainment industry luxury electronics items textiles ready-made apparels spinning agencies food processing are likely to benefit.

Fate of the Export-Import companies

Mercury – the Lord of the 2nd House in the Foundation Chart of India will be in conjunction with Saturn. Thus it is likely that there may be special announcements in the areas like Export-Import industry Foreign Trade National Savings Schemes Currency RBI Policies and Rural Development Programmes.

Venus – the Lord of the Ascendant as well as the 6th House will be transiting through the 11th House. Therefore the textiles business butter milk betel-nuts land Development and liquor may remain in focus. Along with these Health-related Programmes Army Air-force Civil Services Medical Services and Labour Services may also get some benefits.
Are you worried about how the announcements in the Budget 2017-18 will affect your financial position? Then get the 100% personalised and hand-written Wealth Ask Question report.

The Likely Response To The Union Budget 2017 And More:

The malefic Ketu is transiting through the 10th House in the Foundation Chart of India. Because of this despite of strategic planning and consideration the Finance Minister and the Prime Minister may not get a warm response.

The Other Important Areas

The Finance Minister may try to play it safe in the Union Budget 2017. Considering that India is going through the Moon Mahadasha there may be some key announcements in the railways transportation communication information-technology areas.

Finance investments leasing term lending institutions sugar yellow products academic institutions firms dealing religious materials religious organisations are most likely to be in the limelight as planet Jupiter happens to be the year Lord for India in 2017.

Ganesha foretells that on 1st February 2017 – the day of Union Budget 2017  Nifty will give you an opportunity to do jobbing. Make frequent entries and exits with a minimum margin.
This is what Ganesha feels about the Budget 2017-18. But are you wondering what will be your position in the year ahead? Then get the 100% personalised and hand-written Wealth Report 1 Year and stay ahead in the race!
Mark the dates:
Ganesha gives you a list of zero weightage dates around which the times and trends are likely to be highly volatile fluctuating erratic and unpredictable at Nifty. Some undesirable events such as earthquakes tsunami terrorist attacks floods etc. are likely to happen around these dates which would clearly and directly affect the stock market. These volatile dates are: –
– 20th February 2017
– 21st February 2017
– 29th March 2017
Thus rather than F&O you should buy and sell specific stocks as it would help you set off the loss in 2017-2018 advises Ganesha.
Following analysis and table shall give you an idea as to what had been the actual effect in the previous years on the Budget day and what had been the scenario the following day.0000000 May Lord Ganesha bless our nation and people.
With Ganesha's Grace
Shri Dharmesh Joshi
The GaneshaSpeaks.com Team
Share