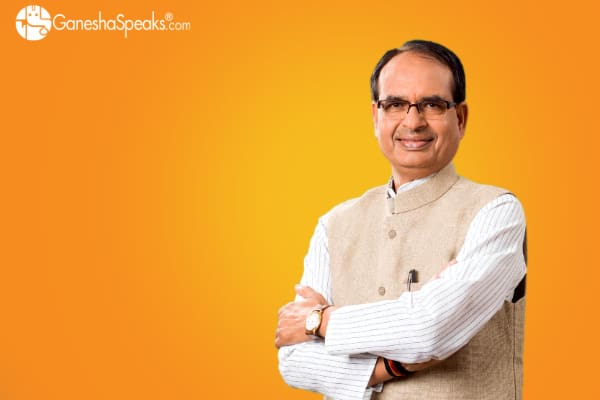 Despite the unfavourable planetary condition, Shivraj’s boat may be crossed

After the assembly elections started in five states, now the process of voting has ended in Madhya Pradesh as well. The fate of Chief Minister Shivraj Singh Chouhan is also to be decided from the Budhni assembly seat here. He has been MLA from this seat thrice. After the elections in all the five states, all eyes are on the counting of votes on December 11.

If we look at the political journey of BJP leader and Sangh-related Shivraj Singh Chouhan from the astrological point of view, it is known that at present he is under the influence of Mahadasha of Shani and Budh Bhukti. Not only this, transit Shani is passing through the period of Sade Sati. This transit of Shani will be unfavourable for Chief Minister Shivraj Singh Chouhan and in such a situation, his path may be difficult. They may also face difficult challenges to maintain their position. However, the BJP has definitely done the work of easing their way by giving them a ticket from their traditional Budhni seat. In such a situation, by winning the election once again, will Shivraj Singh Chouhan be able to capture power? Know through the detailed horoscope of Shivraj Singh Chauhan-

Shivraj Singh Chouhan’s birth analysis shows that due to the planetary position, the journey to power will be difficult for him this time. They will have to work hard to improve their path. Now let’s look at these planetary positions a little deeper, which will make it easier for you to understand the entire prediction.

1. At present Shivraj Singh is under the influence of Shani Mahadasha and Budh Bhukti. Shani is Yogakaraka and is situated in the 8th house. Mercury is situated with exalted Venus, but it is afflicted by Ketu.
2. Shani is moving unfavourably in the horoscope of Shivraj Singh Chouhan as well as he is also passing through the half-sati period.
3. Transiting Jupiter is moving on the natal Jupiter as well as respecting both the natal Venus and Mercury.
4. On the date of polling on 28th November 2018, the Moon was transiting in conjunction with Rahu and Ketu is moving over the natal Moon in its chart.
5. However, on the day of the counting of votes, the transiting Moon will pass through Uttaradha Nakshatra along with Ketu on 11th December 2018.

Saturn’s transit is difficult, but the path is easy

The effect of Saturn’s transit will be adverse to the current Chief Minister Shivraj Singh Chouhan. Therefore their path may be difficult. They will have to face tough challenges to maintain their position. They will struggle to maintain their traditional support, but there could be downsides as well. However, Jupiter is strongly moving in their favour and its aspect on Venus and Mercury seems beneficial to them. This will increase the chances of a positive influence in their favour in the elections. He will not easily give up his place for the opposition parties in Madhya Pradesh. His parent party BJP, however, is going through a difficult period. The transit of the Moon in conjunction with Rahu on the polling date is indicating a trend. Moon-Rahu conjunction always has the potential to bring astonishing results. Therefore, there will be “a surprise element” in the upcoming elections. Also, the Moon-Ketu conjunction on the result date is indicating unexpected results in some constituencies. In such a situation, this election is like a criterion for them. Well, amidst all the tough challenges, there are some positive chances of retaining his post as the Chief Minister of Madhya Pradesh.