Don’t Expect PM Modi To Get On To The Back Foot Now; Ganesha Foresees More Key Changes 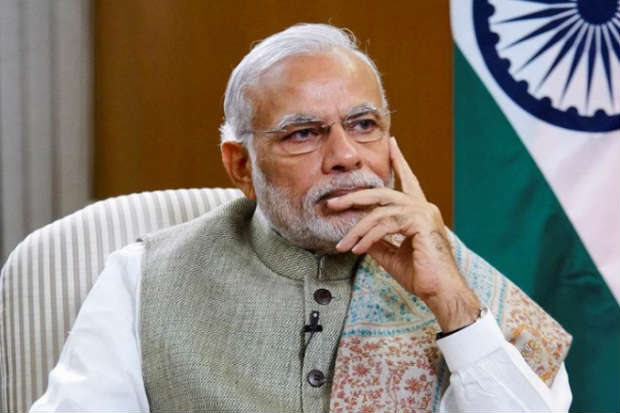 ” Na khaunga, na khane dunga.”
It may be tough, but not insurmountable for PM Modi to destroy the demons of the economy post the demonetisation move, feels Ganesha.

Narendra Modi is surely a man, who knows what to do, when to do and how to do something in style. A day on which people were keenly following the Trump Vs. Clinton contest and looking forward to the results, the Indian Prime Minister, in a televised appearance, makes the demonetisation announcement and grab all the limelight! The major sections of the society have openly lauded the bold, unexpected move, while his opponents are coming up with ‘inconvenience’ theories and putting in all efforts to make this move appear as a draconian step. In this article, Ganesha takes a look at Mr. Modi’s Chart and feels that this is just the launch of the latest version of Narendra Modi and there’s more to come – stricter policies and bolder decisions are surely in the offing. Read on and find out more. 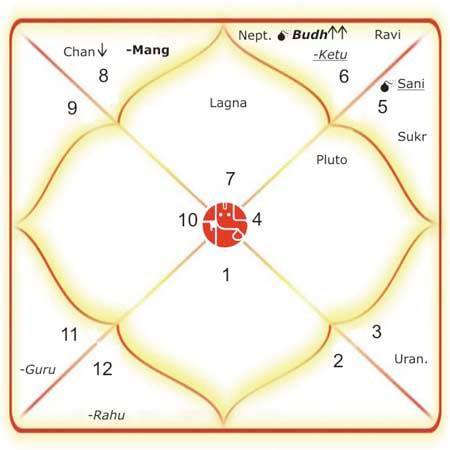 A path not free from hassles and challenges:
Ganesha notes that PM Modi is passing through the the sub-period of Jupiter and sub-sub period of Rahu, which will be in operation till 4th January, 2017. One significant transit, which will collide with this Dasha sequence is the Mercury retrograde, in the fiery Sign of Sagittarius. Both these factors indicate a lot of hassles and challenges for the PM and the opposition blues will continue to pose problems for him. Resistance from the opposition is not something new for Mr. Modi, but in the aforementioned period, this problem may get intensified.

Facing Chin Music from the Media
During the months of December 2016 and January 2017, the print or electronic media may unleash a fresh barrage of ‘attacks’ on the PM on some of his policies and this may trigger more negative sentiments. More importantly, we can also expect some unpleasant statements from opposition parties against him. Thus, it would be better if the PM takes decisions only after due forethought.

While Jupiter will help Modi to proceed confidently, Rahu’s transit over Natal Venus and Saturn will create a lot of obstacles.

Jupiter’s blessings – the plus factor
Jupiter is surely a mighty planet, and its transit over natal Sun and Mercury will help the PM go about his decisions with higher confidence. This transit will also help to earn the appreciation of bureaucrats, government officials and the social media too. This aspect will also help him to establish social, religious and cultural harmony in India. Hail Jupiter!

PM Modi’s social media image to get a further boost?
Yes, Ganesha knows that after taking the tough decision, the PM has lost around 3 lac followers on Twitter, but it is just a one-off kind of event, says the all-knowing Lord. After January, Mr. Modi’s social media presence may get a solid boost, and there may be a steep rise in his followers count. Will such positive changes take place in your career too? Get to know with our personalised Career Prospects Report.

Also Read: Ganesha Hints At Some More Radical Changes In The INR Structure, Says “This Is Just The Beginning”
Saturn pushing for stricter reforms?

Between 4th January 2017 to 04th April 2017, he will be under the influence of Moon-Saturn-Saturn dasha cycle. As Saturn is the primary significator of righteousness and law, PM Modi is likely to usher in new, stronger reforms, as a follow-through of the demonetisation ‘surgical strike’. Expect him to work on the tax structure, in a more dedicated manner, says Ganesha.

The industries, real estate and tax structure may be the next areas that will witness major changes.

What else can we look forward to?
PM Modi is likely to take more some crucial decisions in the matters related to finance, economy, industries and real estate. He will also make sure that the plans are put into practice as soon as possible so that the expected results are achieved.

Ganesha’s conclusion:
Considering the overall picture, Ganesha feels that Modi is likely to receive good support from the masses, but the opposition may not budge and this may create some hurdles for him.

Despite all the problems, the period till 7th April, 2017, will be a very eventful period for him. He will finally be able to have his way even in the coming year, indicate the stars.