Punjab Elections Predictions: AAP Will Prove To Be The Deciding Factor 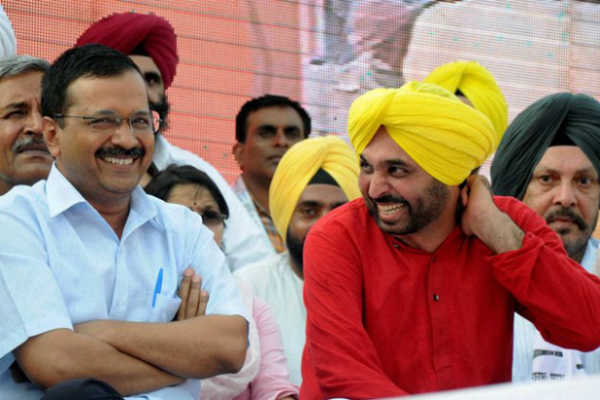 For the Aam Aadmi Party – the one-man army of Arvind Kejriwal, the just concluded Punjab Elections 2017 will be majorly crucial. The party will not only be breaking out of the constricted role it is playing as the ruling party in Delhi, but if they win the election they will gain full power to rule a state and expand their political clout. From there it will become easier for the AAP to spread its tentacles to other parts of the country. The Punjab Assembly Elections 2017 are thus like a stepping stone for AAP to convert their national dreams into reality. However, the AAP’s squeaky clean image has been sullied by many controversies, and its prospects in the Punjab Elections 2017 are thus whittled down. Ganesha too, predicts that the prospects of the Aam Aadmi Party in the Punjab Elections 2017 are not too bright, and at the most they may win a small chunk of seats, which they can leverage to play the king-maker.

As per AAP’s foundation chart, the party is currently under the influence of Venus Mahadasha and Moon Bhukti. Moon is placed in the 4th house in the star of Venus. The star Lord Venus is strong in the 10th house. It indicates that the party will get success in wooing the voters in Punjab.

Aam Aadmi Party Role In Punjab Election 2017: Bigwigs To Get A Run For Their Money

The newcomer party will be a big headache for the bigwigs of the political arena in the Punjab Assembly Election 2017. The Party may eat into the traditional votes of the established parties and may also damage their winning prospects.

Get Career Guidance With Career Ask A Question

On the election date/polling date, transiting Venus was exalted and the transiting Moon was passing through Aries. Both the factors are indicating that the performance of the Aam Aadmi Party will be impressive and it will also be able to gather support from various sections of the society.

Aam Aadmi Party In Punjab Elections 2017: Support May Not Translate Into Votes

However, Arvind Kejriwal’s AAP will be under the influence of Mars Bhukti from 18th February 2017. As Mars is placed in the 12th house, the support that the Party receives may not get translated fully into voting percentage. Also, the transiting Saturn in Sagittarius may restrict the Aam Aadmi Party’s prospects.

Know About Your Business Prospects With 2017 Business Report

On the date of the election results, the transiting Moon and Rahu will be in close conjunction. Also, the transiting Sun will be in conjunction with Ketu. As luminaries are under affliction, it will be very difficult to judge the voting trend. But, there is a strong possibility that AAP’s performance will decide the fate of the next Assembly. AAP will remain a “Dark Horse” and may surprise many with the election results.