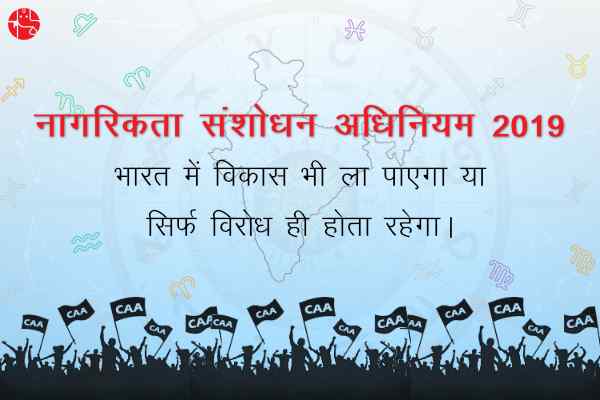 12th is the 12th month and year 2019. This is the day when the Citizenship Amendment Bill (CAA) was approved in the Indian Parliament. President Ram Nath Kovind signed the form of this Citizenship Amendment Bill and converted it into law. Now it is known as Citizenship Amendment Act 2019. Now let’s talk about the main purpose of bringing it, then the intention behind bringing it was that the minority people who are coming from neighboring countries of India are living in India. But they do not have valid citizenship of India. The Government of India has got this act passed to provide them permanent citizenship of India. The act seeks to provide refuge to persecuted religious minorities from countries such as Afghanistan, Bangladesh and Pakistan. Among which are people of Hindu, Sikh, Buddhist, Jain, Persian and Christian religions, who can be given permanent residence by giving Indian citizenship through the proposed law Citizenship Amendment Bill (CAA). Otherwise, like refugees and nomads, they will also wander from door to door.

But there was no opposition regarding this matter. Actually the protest is happening on something else. What we call the political aspect, it would be better. Because the people protesting do not even know what they are protesting for. A few political and selfish people are taking advantage of which, and a large public community is being instigated by saying that the government is also preparing to expel them from the country. While this is absolutely wrong.

However, we are going to talk here that what are the reasons that the people of India are protesting against this law of India, and how the Citizenship Amendment Bill (CAA) will affect the social environment in the coming times. To know all this, the experienced astrologers of GaneshaSpeaks analyzed the horoscope of independent India and the day the Citizenship Amendment Bill was passed in the Parliament. Tried to do astrological analysis on the basis of horoscope of that day.

If you also want to get your horoscope analyzed by our expert astrologers then click here now!

Horoscope when signed by the President

How will the Citizenship Amendment Bill affect the Indian economy?

In the horoscope of the event, the planetary group is passing through the second house. Whereas in the horoscope of independent India, Taurus is rising in the ascendant. And at present, the group of planets is passing through the 8th house. According to the horoscope, Saturn is the most auspicious planet, which is going to change its zodiac on 23 January 2020. Which will increase luck and success. Whereas the sign of finance, Jupiter will look at the second house of finance. Apart from this the major period of Moon and the sub period of Saturn is going on in the horoscope of India at present. Whereas the most auspicious planet Saturn is situated in the third house. Also, Moon, the lord of Mahadasha, is situated in the third house. The combination of all these planets indicates that the Citizenship Amendment Bill will have a positive impact on the Indian economy.

Will India be able to progress after the Citizenship Amendment Bill?

The Citizenship Amendment Bill is getting strong support in some Bengali speaking community areas like Tripura State and Barak Valley of Assam. These are the geographically divided areas of Sylhet with a large number of people directly affected, including many Hindus who are unauthorized immigrants under the current law. In Assam, unauthorized Hindu immigrants from Bangladesh who arrived before December 31, 2014, will no longer be considered illegal migrants and will be eligible to apply for Indian citizenship. But for now there is confusion due to the group of planets transiting in Sagittarius. The present confusion and anxiety is due to the group of planets transiting in Sagittarius. However, after February 2020, the situation will gradually improve and India will be able to progress after the Citizenship Amendment Bill.

How will this bill affect the social conditions of India?

People are opposing the Citizenship Amendment Bill in many parts of India especially in Assam. The present opposition may remain strong for some more time as the planetary group transits through the 8th house in the horoscope of India and the second house in the horoscope of the Citizenship Amendment Bill. But when Saturn will start transiting in its own sign Capricorn from 23rd January 2020. Then the socio-social mobility of the country will start improving. The social condition of India will be better in the coming times.

With the blessings of Ganeshji
Bhavesh N Pattani