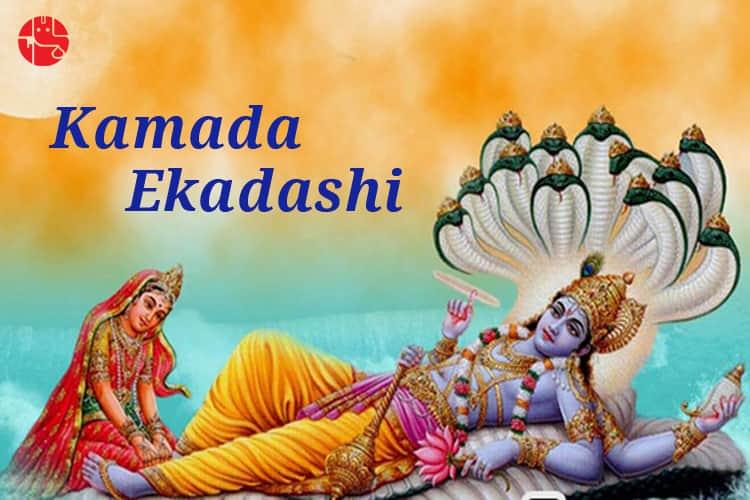 The word ‘Kamada’ signifies ‘fulfillment of desires’ and thus, Kamada Ekadashi is believed to be a spiritual observance that fulfills all the worldly desires. The significance of Kamada Ekadashi is mentioned in several Hindu scriptures and Puranas like the ’Varaha Purana’. In addition, during Mahabharata, Shri Krishna had explained the importance and benefits of Kamada Ekadashi to King Yudhishthira. It is believed that the vrat of Kamada Ekadashi helps one to regain and improve their virtues. Moreover, it protects devotees and their families from all the curses. All the sins including even the killing of a Brahmin, can be pardoned, if the devotee keeps a fast on this day. It is also believed that if married couples keep the Kamada Ekadashi vrat, they can be blessed with a child.

This vrat helps the devotee to attain salvation and reach Vaikunth Dham, the abode of Lord Krishna.

To know the personalized rituals, consult our expert astrologers!

Kamada Ekadashi is the day to attain salvation and thus is celebrated all across India, especially in parts of Southern India like Bangalore, with full zeal and enthusiasm. It is believed that this holy Kamada Ekadashi pardons all the sins and assists the person to attain ‘Moksha’.