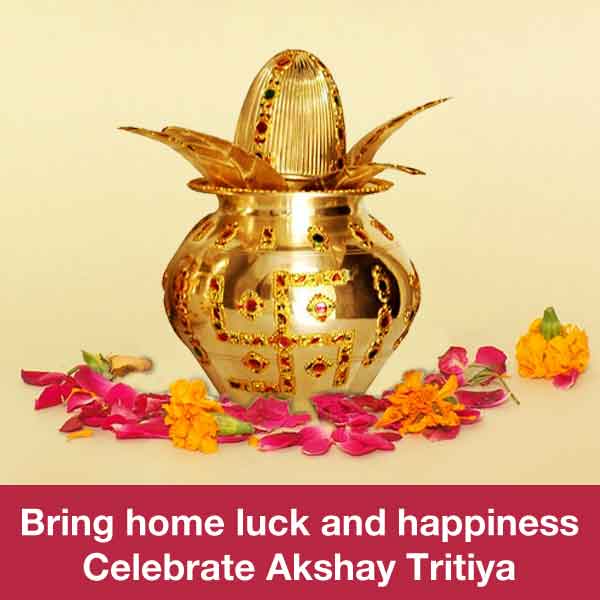 Akshaya Tritiya is an auspicious Vedic occasion – a very sacred Vedic Muhurat – associated with ever-lasting harmony, happiness, peace and prosperity. Akshaya means eternal! So, anything that is brought home on this day is said to last forever. Akshaya Tritiya is a day when one can buy anything lucky or auspicious, and it will forever grow and give excellent results.

Will you prosper in the year 2023? Know with your Free Personalised 2023 Report!

Akshaya Tritiya, also known as Akha Teej, is celebrated on the Tritiya (third day) of the Vaishakh Shukla Paksha and bears great significance in the Hindu calendar. This year it falls on April 22, 2023. The word Akshay means imperishable, inexhaustible. This is one of the three and a half pious Tithis in the Hindu calendar on which any auspicious event, be it a wedding, yajna, charity, buying of gold and property or a project, can be initiated without taking into account any other Muhurat. It is also believed that good deeds carried out on this day never go wasted.

It is advised to remain calm and happy on this day, do some good deeds, make donations and buy something precious, preferably precious metals; lucky talismans like Yantras, idols among others, may also be bought on this day and instituted at home/office premises.

According to Hindu mythology, this day marks a lot of significant events.

On this auspicious day of Akshaya Tritiya, get the divine blessings of Lord Kuber, the Lord of Wealth, by installing Kuber Yantra.