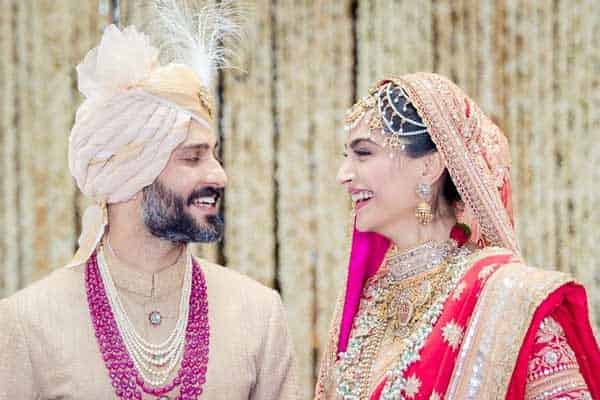 There had been much speculation about the wedding between the famous Indian Bollywood actress Sonam Kapoor and prominent businessman Anand Ahuja for quite some time. The couple finally tied the knot on 8th May 2018, which marked the beginning of a totally new phase in their life. According to their marriage prediction, the union of Sonam Kapoor and Anand Ahuja is unique also because they respectively represent the glamorous Bollywood and the happening business world. Sonam has been a great hit as an actress. As for Anand Ahuja, he has achieved new and difficult heights in business. Will their combination set in new, big changes and accomplishments in their life? Ganesha has analysed their life using numerology and their Surya Kundli. Here are the findings:

It should be noted that Sonam Kapoor is the daughter of famous film actor Anil Kapoor and Sunita Kapoor. As for Anand Ahuja, he is the son of Shahi Exports MD Harish Ahuja and Priya Ahuja.

Do you have any confusion about your married life? Get it answered, buy the Marriage Ask a Question Report.

About The Wedding Date:

Are you facing financial problems? Access the Free 2018 Finance Report and get guided for a bright future.

Predictions About Their Relationship

If we talk about the brighter aspects of their relationship, we can say that when they are on a positive track, they move ahead with more energy and strength. However, if they are treading a negative path (primarily owing to adverse planetary movement), it may lead to differences. Their relationship may turn sour and negative under this situation. But, if we look at their Namankan, both of them have number 3, which symbolises Jupiter. Thus, their fundamental views will be in harmony. The Bhagyank for the date of their wedding is 6, which stands for Venus. Sonam Kapoor’s Moolank is 9, which belongs to Mars. Venus and Mars are friends. Anand Ahuja’s Bhagyank is 8, which stands for Saturn. Saturn and Venus too are friends.

So, we find that the date of their wedding is compatible with their Bhagyank. This indicates a happy married life for them.

Want to know your best match? Then get free horoscope matching by date of birth.

What The Planets Say:

As for Sonam Kapoor’s Surya Kundli, Venus is in Aries; as in Anand Ahuja’s case, Venus is in Leo. Thus, this combination is called Navpancham Rashi (From Aries Till Leo). This will cause a strong attachment, mutual love and attraction. Planet Mars resides in the Gemini sign in both of their horoscopes. This will let them stay attached to each other. Rahu, one of the factors of love is placed in the Aries sign in Sonam’s Kundli while in Anand Ahuja’s kundli, it is in Gemini. This is a good reason for harmony between them. Besides, they will make progress in their profession after their married life. There may be differences but if they act wisely, things will get fine. On the whole, they will share a good relationship.