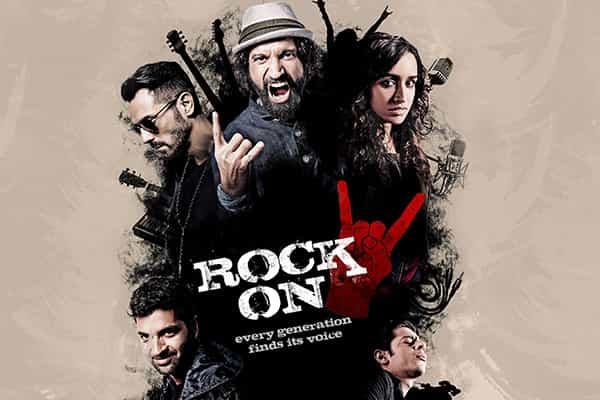 – Dialogue from Rock On!!

Rock On 2!! – the much awaited sequel to the highly successful first installment – Rock On, which will be releasing on 11th November, has been gaining a lot of attention. Ganesha sounds quite positive about the performance of the film at the Box-Office and says that the nuanced performances, backed by an engaging storyline, will make for a good cinematic experience for the audiences. Moreover, the movie is likely to be a purely performance oriented one and will be able to stay away from controversies, unlike its contemporaries. Read on to get the detailed scoop.

What do the stars indicate about the movie’s overall prospects?

A great cinematic treat for the audience after long?
– Said Prachi Desai in Rock On!! and this dialogue seems appropriate for the second installment of the film as the team will be able make the ‘mehmaan’ (audience) feel comfortable. Ganesha sounds quite optimistic about Rock On 2!!, as there are a lot of favourable planetary alignments in the Release Time Chart of the movie and the great lord also adds: “the audience is going to get to watch a very good film after a long time.”

Benefics placed in the Kendra Houses will bode very well for the film and will ensure that it is received well by the masses.

A purely performance based film?
As already mentioned earlier, Venus is placed in the 1st House of the Chart. Moreover, the Lord of the 5th House – Mars, is exalted in the 2nd House and is aspecting the 5th House, as well as the 10th House, wherein the Lord of the Ascendant – Jupiter is placed. These factors clearly indicate that strong performances will be the USP of the film.

Fine-tuned creative elements – the propelling factors:
Creative aspects of the movie are likely to be very impressive. The script, cinematography, direction, costumes, background scores, art direction – these areas are likely to receive greater appreciation. The performance of the lead cast will be convincing, but the lead male actors may steal the show. The film has a lot of positive elements which will help it to make it big at the Box Office, but what about you? Do you want to know how you can make it big? Then get the answers by asking our experts.

With the Sun and Jupiter occupying important Houses, it shouldn’t be too surprising to see the film get nominated for some awards.

The business prospects:
Ganesha feels that this film will do very good business abroad and it will be received well by the audiences. As regards the prospects of the film in the domestic circuit, though the film may receive rave reviews, it may do better than average business.

Nominations and awards:
Considering planetary positions in the Release Time Chart of the film, Ganesha feels that this film is likely to be nominated for awards in various sections and may also win some.

Compared to the contemporary films, this film is likely to be free from controversies, which is a huge plus factor.

Retaining the charm:
Though some aspects of the film may be criticised, considering the overall view, the movie is likely to have its charm intact. The business may not get affected by any of the negative publicity or public debates, unlike the other films.

The words of conclusion:
On a parting note, Ganesha says that this will be one of the films that we can look forward to. Band ‘Magik’ will not disappoint, that’s for sure.