Chetan Bhagat Horoscope Analysis: Half Girlfriend Movie Based On His Novel To Taste Full Success 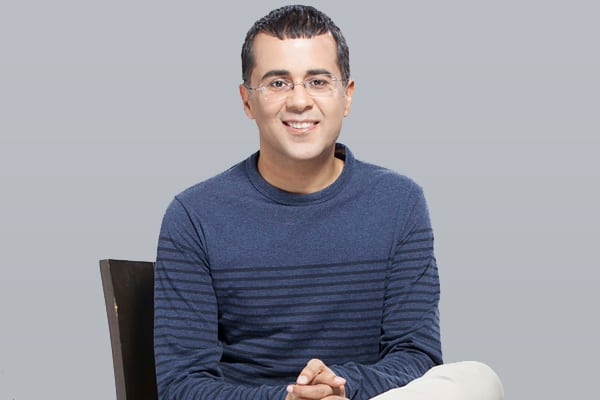 With the movie ‘Half Girlfriend’, based on his book of the same name, set for release on 17 May 2017, the spotlight is back on the prolific investment-broker-turned-novelist, Chetan Bhagat. Bhagat is arguably the most famous and highest-selling author in India. However, it is the films based on his books which have become more popular than the novels, such as Hello, 3 Idiots, Kai Po Che, 2 States and Kick. They exhibit Chetan Bhagat’s distinct style, unique themes and innovative ideas. After achieving a Degree in Mechanical Engineering from IIT-Delhi and completing his MBA studies from IIM-Ahmedabad, Chetan Bhagat worked as an Investment Broker for a decade in Hong Kong. However, he did not restrain his creativity during this period, and wrote the novel Five Point Someone. Chetan Bhagat proved himself to be a successful writer from the very beginning, and later on left his investment broker job to become a full-time writer. Apart from writing novels, Chetan Bhagat is also known for delivering speeches on programmes organised by corporations, educational institutes, newspapers and media houses like Dainik Bhaskar, The Times of India and at other conferences apart from writing columns for various publications. After analysing his Horoscope, Ganesha feels that Chetan Bhagat is going to enjoy great success in the upcoming times.

Chetan Bhagat: Planets Encourage Synthesis Of His Feelings And Thoughts

Chetan Bhagat is born with Cancer Ascendant, and the Ascendant’s Lord – Moon is in conjunction with the Sun in the 10th House. Moreover, the Sun (Soul) and the Moon (Mind) are in conjunction in Ketu’s Constellation – Ashwini. Hence, we can see good integration of the soul and mind. It is therefore natural, that Chetan Bhagat’s internal feelings from the soul, and external thoughts from the mind are similar. Want to know about your future? Get Detailed Life Prediction Report and find out.

Chetan Bhagat: He Has Got A Big Boost From Stars

Considering the planetary positions, Venus-Jupiter Navpancham Yog is formed in his horoscope. Thus, Chetan Bhagat’s creative abilities are excellent, which is clearly evident in his writings and creations. Chetan Bhagat has achieved tremendous success because Saturn-Jupiter Parivartan Yog exists in his Navmansh Horoscope.

Consequently, he also received the Society Young Achiever Award in 2004, and Publisher’s Recognition Award in 2005. Besides, Chetan Bhagat was also included in the prestigious Time magazine’s List of World’s 100 Most Influential People in 2010. He even bagged the Filmfare Award for Kai Po Che movie in 2014, helped along by the favorable planetary configurations. Are you interested in knowing about your career? Find the Career Prospect Report.

Chetan Bhagat: Mars Mahadasha Will Bring Him Buckets Of Success

Chetan Bhagat: The Next 3 Years May Bring Him Crowning Glory

But, the Mars Mahadasha and Ketu Antardasha from 5-12-2018 to 4-2-2020 may be average. Hence, he may move ahead slowly on the path to progress. According to Numerology, his Bhagyank is 2. Besides, the Bhagyank of the years of 2017, 2018 and 2019 are 1, 2 and 3 respectively. Thus, Chetan Bhagat will become more popular, wealthy and successful during the forthcoming 3 years.

1) Rohit Sharma 2017 Predictions: Destined To March Ahead But May Face Mental Confusion

3) Venus Transit 2017: Exalted Venus In Pisces Turns Direct – Good Times Ahead For You?

4) 2017 Mars Transit: Mars In Taurus – Predictions For All Signs