Jupiter shall pave the way for Rahman to keep coming up with novel works in 2016! 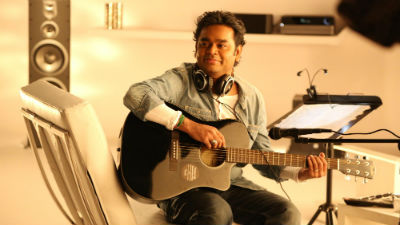 A. R. Rahman, a global musician would be a very apt term for this naturally and wonderfully talented man. Having begun in the 1990's with Roja, who would have known he would go on to make India proud internationally with Slumdog Millionaire and 127 Hours! Having composed for varied genres, geographically covering area right from the South of India to capturing the northern culture in Highway, he leaves no stone unturned when it comes to research or experiment in music. He has various national and international awards and nominations to his credit for various singles, soundtracks, background scores and films. With his latest musically hit film Tamasha , he has once again proved he is here to stay for a long long time... Ganesha takes a look at his Solar Chart on the occasion of his birthday...read on...
AR Rahman
Date of birth: 06th January, 1966
Birth Time: Not Known
Place of Birth:- Chennai, Tamil Nadu, India
SURYA KUNDLI

[Owing to the unavailability of credible birth-time of the Rahman, the analysis and predictions have been done on the basis of the Solar Chart/ Surya Kundli with the help of his birth-date and birth-place only.]
Important astrological observations:
Astrological Predictions :-
Ganesha wishes good luck and bright future ahead to A R Rahman on his Birthday.
With Ganesha's Grace,
Rantidev A. Upadhyay
The GaneshaSpeaks Team
Share