Will there be trouble for Infosys share price in the IT sector? Know everything from Ganeshji 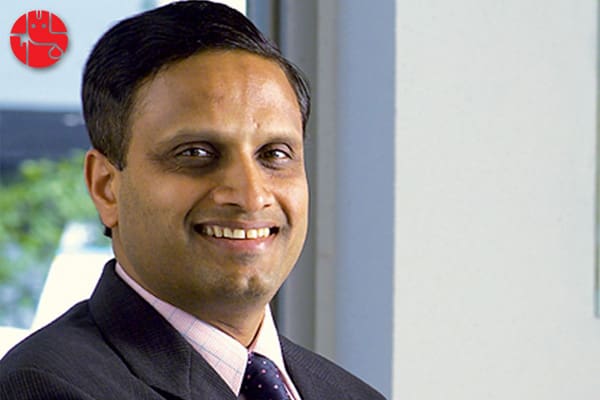 Vishal Sikka, CEO (Chief Executive Officer) and MD (Managing Director) of Infosys, one of India’s largest IT companies, has recently resigned from his position. Vishal Sikka became the CEO of the company only three years ago. Now Praveen Rao has been made the interim MD and CEO of Infosys in his place. The reason for leaving the post of Sikka is being told due to increase in salary, change in work culture, increase in the number of employees leaving the job etc. On the other hand, NR Narayana Murthy calls leaving the post of Infosys chairman in 2014 as his grave mistake. Notably, after Sikka’s resignation, not only has the stock of Infosys fallen, but it has also been dropped from the list of the ten most valuable companies listed in the NAE. But, will your business get a boost? Buy our 2017 Business Report and know the future of your business.

Mr. U.B. Praveen Rao is working in this post since August 18, 2017. Here is the Surya Kundli based on the day Rao assumed the reins. Based on this, the statement has been made. How successful will Praveen Rao be in maintaining rapport between clients and top executives? Will this company be able to save itself from internal strife? Let us know everything related to this in detail from Ganeshji.

Get your birth chart prepared by our expert astrologers

Planetary position and observation according to Surya Kundli

According to the event horoscope, if we analyze the position of the planets sitting in the 12 boxes, then the ascendant sign i.e. the conjunction of Sun and Mercury in the first place, Jupiter in the second house, Saturn retrograde in the fourth place, Ketu in the sixth place, in the eleventh place. Venus and Moon and Mars and Rahu are situated in the twelfth house.

Sun helps in growth and development

Due to the planetary Sun in the first place, the growth and development of the activities of Infosys company is seen. The employees of the company perform the tasks successfully by demonstrating unity and loyalty in the work. All the ventures started during this period achieve success by earning profit. This powerful position of the Sun forces the fortune of happiness and prosperity for the Infosys company.

But, the combination of Earth’s son Mars and shadow planet Rahu, which is being formed in the 12th position of the horoscope, indicates inauspiciousness according to the event horoscope. This is the reason why the management of Infosys and the workers of the company are not able to enjoy a healthy and cordial relationship. From the point of view of Vedic astrology, the combination of Mars-Rahu in the 12th place is unpleasant and negative. The planets Mars and Rahu are seriously afflicted here which gives bad and cruel results. This is the reason why the management of Infosys Company may be compelled to take strict steps to suppress the agitation of the employees. Under the influence of negative forces of Mars-Rahu, secret and illusory activities intensify. As a result, the situation becomes the reason for the worsening.

Apart from this, Panchmesh Devguru Jupiter is seated in the second place of the horoscope. The reason is that this position of Guru shows the receipt of money through profits earned by the Infosys company. So in this way this auspicious position will be the center of attraction for the retail investors. As a result, Guru improves the financial position of the company. The good performance of the company is assisted by the bankers and other financial institutions from time to time for its developmental activities and expansion related activities of the company. Do you want your financial position to be strong? Get your free 2017 Finance Report and make a difference in your financial situation.

Overall, this is a good opportunity for investors. Ganeshji is of the view that the strategic decisions taken by U B Praveen Rao will take the Infosys company faster on the path of growth.

With the blessings of Ganeshji,
Dharmesh Joshi
Ganeshspeaks.com

Talk to our Astrologer for Expert Guidance and Smart Solution