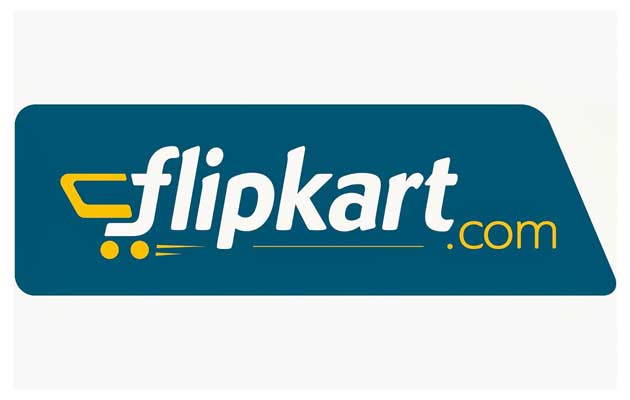 The largest E-Commerce company in India, Flipkart was founded in 2007 by Amazon drop-outs Sachin Bansal and Binny Bansal, both alumni of IIT, Delhi. It was formally incorporated as Flipkart Online Services Pvt. Ltd., but now sells everything from mobile phones to furniture. The company employs more than 16000 people, and permits all sorts of payment methods. Flipcart is registered in Singapore, but operates out of Bangalore in India. It has now launched its own product range under the brand name “DigiFlip” with products including tablets, USBs, and laptop bags. In May 2014, Flipkart received $210 million from DST Global, and in July it raised $1 billion led by existing investors Tiger Global and South Africa’s media group Naspers. Flipkart’s last fund-raising round in December had pegged its valuation at $12 billion. Though, Flipkart does not disclose its financials, speculation is rife that it has yet to break-even, owing to the heavy discounts it offers customers and the large spends on marketing, technology and delivery network. Ganesha here looks at the company’s Inception Chart to see what makes or breaks the attractive set-up, and what lies ahead. 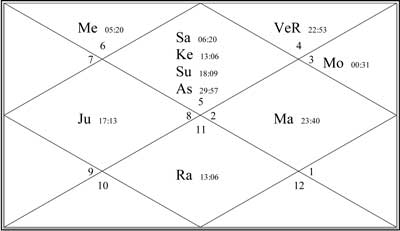 Astrological Observations
As per the Natal Solar Kundali , created basis the e-commerce giant’s foundation details, Ganesha notes that Flipkart has a Leo Ascendant. However, Saturn and Ketu are in a combination in the Ascendant House itself in this Chart. In the 2nd House (the Finance House) of this Chart, Mercury is Swagruhi (posited in its own House), while retrograde Venus is Natally present in the company’s Chart’s Losses’ House.

Astrological Indications
It has been noted that if Sun is Swagruhi in the Ascendant House of a Chart (which is the case in Flipkart’s Surya Kundli), then the organization or native witnesses great growth and development. Given such a planetary configuration, the employees are likely to show solidarity to the company. The management and the workers enjoy healthy and cordial relations. This position of the Sun ushers in an over all prosperity for the organization.

However, as a negative factor, Saturn-Ketu are persent in a combination in the Ascendant House of Flipkart’s Chart, which weakens Sun’s positive influence. This kind of planetary alignment is known to produce tendencies of indiscipline, discontentment and turbulence among the workers. This may also lead to detractors and rivals, hurting the organization’s prospects.

Whenever Mercury is Swagruhi in the 2nd House (Finance House), it indicates a scenario where the financial position of an entity is good. Heavy investments may build-up such a company’s resources, and it may also boast of financial tie ups with banks and financial institutions.
Overall, Flipkart has a strong background and foundation, but it will keep grappling with struggles owing to Saturn-Ketu’s adverse position in its First House.

What lies ahead?
Currently, the transiting Rahu is moving through the 2nd House (Virgo) in Flipkart’s Chart. This is not a positive Sign, and the company may already be facing the ill-effects of this transit, in form of financial upheavals or challenges. This transit’s ill-effects may get intensified during September, October and November 2015, as at this time Rahu shall be degreecally aligned. Thus, the promoters and the higher management at Flipkart will need to remain extremely guarded during this time. Chances of taking wrong decisions are high!

Saturn, another major planet, is currently transiting through the 4th House – the House of Gains/ Happiness – in Flipkart’s inception Chart. Such a transit is known to generate obstacles and difficulties for the entity concerned. The management of Flipkart will need to ensure the work atmosphere within their offices remains positive and the productivity doesn’t suffer. Real estates businesses tend to suffer under the effect of such a transit, and thus Flipkart will do well to steer clear of any such associations till Saturn’s transit continues – i.e. till early 2017.

Amidst all this turmoil, though, supportive Jupiter shall stand in Flipkart’s support, especially after 15 July 2015, when it starts to transit through the Zodiac Sign Leo – which is the 1st/ Ascendant House in Flipkart’s Chart. Till January 2016, Jupiter, thus, shall be highly supportive of all of Flipkart’s endeavours, helping the organization gain and expand in myriad terms. However, post January 2016, transiting Rahu shall join Jupiter in Leo, thus weakening and scattering Jupiter’s positive vibes.
Overall, thus, Ganesha feels that the company Flipkart shall have a decent time post July 2015 till January 2016. This may be the time when company may enter associations and may even make a major announcement. However, time post January 2016 may remain slightly turbulent, and company may have fluctuating fortunes.