Anil Ambani’s business sunk by the double blow of Saturn and Ketu, know the full analysis 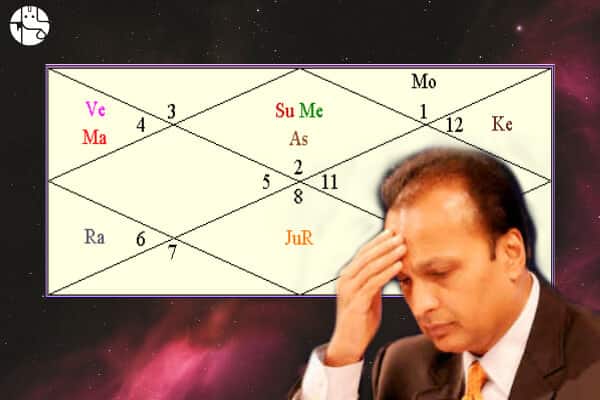 In a UK court on Monday, lawyers for veteran Indian industrialist Anil Ambani told that at present, Anil Ambani is unable to repay the debt of Chinese banks, and his family members cannot help him. At the same time, the lawyers of select banks said that in the past also Anil Ambani’s family has helped him many times. In response, Anil’s lawyers said that our client does not have access to the property and shares of his mother, wife and sons. In response to this, the lawyers of the banks said that can it be assumed that Anil’s family will not help him in bad times? His brother Mukesh Ambani is the richest man in Asia.

During an ongoing trial against Anil Ambani, once the world’s sixth richest man, the opposition lawyers’ camp even dragged the Ambani family, one of the country’s richest and most prestigious families, into their arguments. In the year 2012, the total value of the investment of Reliance Communication’s Chairman and Managing Director Anil Ambani was $ 700 million, which means about fifty thousand crore rupees. But today the value of his investment is zero, such an affidavit was presented by his lawyers in the court. Till the year 2012, what happened in the life of Anil Ambani, one of the richest people of the country, that in the year 2020, Anil Ambani’s dues from the property and shares of his wife, son and mother are being discussed in a foreign court.

Are you also under the influence of a particular planet to know Receive your planet-specific report now!

Astrological outlook It begins, on 26 October 2017. Anil Ambani’s career started taking a downward dive as soon as Shani entered Sagittarius from Scorpio. On studying the Surya Kundli of Anil Ambani, it is found that during this transit Saturn was passing over the Saturn of birth. The position of double Saturn creates double problems in the life of a person, during this time the transiting Ketu also transited through the birth Saturn. The impact of double Saturn and Ketu took Anil Ambani from the heights of the sky to the ground reality.

From the birth Saturn, the transiting Saturn and Ketu will cause harm in various areas related to joint resources, partnerships, alliances and finances. Due to the combined negative position of the planets in the birth and transits, Anil must have faced problems in the work related to loan transactions and repayment of dues during this period. Overall, it can be said that this period of two and a half years must have been very difficult and difficult for Anil Ambani.

The last two and a half years must have been very sad and difficult for Anil Ambani, but the coming time and planetary positions seem to indicate some relief for Anil. With the transit of Saturn to Capricorn on January 24, Anil seems to be getting some relief. During this time, Anil is going to work hard to clear his outstanding debt, and his entire focus will be on getting himself out of the debt trap. The nectar-like guru in the horoscope will work to give great relief to Anil Ambani, during which he can help Anil in repaying any kind of debt. For Anil Ambani, the year 2020 can prove to be very helpful in terms of loan repayment, during which there are signs of repayment of last year’s dues. In the year 2020 also, the period from April 2020 to September 2020 can be extremely beneficial and full of expectations for Anil Ambani.

How will the year 2020 be for you? Get to know your personal detailed horoscope 2020!

However, even after September, Anil Ambani seems to be getting the benefit of the improving planetary position. With the blessings of Ganeshji, the year 2020 seems to be creating better conditions for Anil Ambani than the past. During this period, Anil is likely to get excellent opportunities for business growth, along with the possibility of improving the economic situation cannot be ruled out. With Guru’s support, Anil Ambani can regain his position and prestige. During this, Anil will have to focus his efforts in the right direction with patience and re-enter the market with a positive mindset. After studying the Surya Kundli of Anil Ambani, it can be said that the time to come is going to bring better and a ray of hope for Ambani.

To get your personalized solution, Talk to an astrologer expert now!