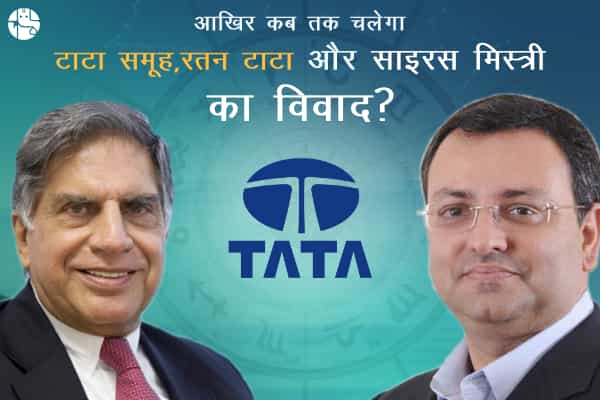 The growth of the Tata Group as one of India’s leading business conglomerates has attracted media attention and public interest over the years. But for now, the biggest and most attention-grabbing thing is the ongoing legal battle between Ratan Tata and Cyrus Mistry. By the way, this tussle between these two giants of Tata Group has been going on for a long time. But it escalated further when Mistry was removed from the post of Tata Sons chairman in October 2016, and Ratan Tata was once again made Tata group chairman. In July 2018, the National Company Law Tribunal (NCLT) Mumbai dismissed Mistry’s plea challenging his removal as the chairman of Tata Sons, as well as the widespread misconduct on Ratan Tata and the company’s board. There were also allegations. But in August 2019, the NCLT accepted the petition filed by Cyrus Mistry in his personal capacity and heard the main petitions filed by both the investment firms. The then decision of which came on 18 December 2019. In which the NCLT reinstated Cyrus Mistry as the working chairman of Tata Sons. But Tata suspended its implementation for four weeks to provide time to appeal.

So at the moment this issue is not yet fully resolved, so people are watching the developments of the Tata group with great anticipation. Well, time to come will decide the fate of Cyrus Mistry and the Tata group. But here the experienced expert astrologers from GaneshaSpeaks have analyzed Cyrus Mistry’s birth chart and tried to find out, how the times are going to be for Tata Group and Mistry. So let’s know astrological analysis

On studying the birth chart of Cyrus Mistry, it is known that the position of all the astrological planets is not in favor of Cyrus Mistry. According to Ganesha, the yoga of harmful planets is being formed in the seventh house of the horoscope. Apart from this, the energy of the Sun at birth is getting affected by the effects of those malefic planets.

So due to the combination of malefic planets in the horoscope, the time ahead may be difficult for Cyrus Mistry. Which may make it difficult for them to achieve the goal of success and supremacy in the Tata group. Simply put, this time is not in favor of Mistry. Hence the present problem may continue, which may take time to resolve and reach a meaningful decision. According to astrology, this time can remain like this till mid-July 2020. After that the situation will start turning in favor of Cyrus Mistry.

If you are also facing a tough time in life then get solution from our astrologer experts now!

Things may get better after July 2020

Things are likely to get better for Cyrus Mistry after July 2020. Comparatively, planetary support is likely. Which will enable them to gain momentum and get a better grip on situations. Only then they may be able to turn around adversity for the better.

Better harmony between Mistry and board members

As time passes, Mistry’s relationship with the board members may improve. It will help in realizing the situation with people close to him. These people can make things easier for the repairman. Their support and cooperation will be very important and useful which will also help them in higher progress and development.

To get success in business, know the exact solution from our experienced astrologers now!

Slowly things will start turning in their favor

Ganeshji says that the beginning of New Year 2020 will be average for Cyrus Mistry with respect to legal and professional matters. Which may remain defensive and indifferent till mid-July 2020. But as the year progresses, the influence of the planets may gradually start in his favor, and then he can get rid of all these problems.

To get your personalized solution, Talk to an astrologer expert now!