Vodafone got Idea, Idea joined Vodafone, but now what will be their future? 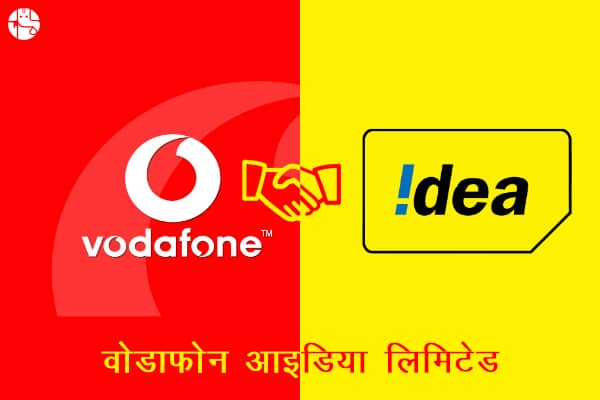 August 31, 2018 The day when Vodafone and Idea, the two major companies once considered the giants of the Indian telecommunications sector. merged into each other and became one. Meaning these two companies were merged to form a new company named “Vodafone Idea Limited”. This company is a telecom company, and is a GSM operator. Which provides 2G, 3G and 4G VoLTE mobile services to the Indian public. Along with this, it also provides services for mobile payments, other business transactions, work and entertainment. It provides digital channels and on-ground touch-points across India. Vodafone Idea Limited is the second largest mobile telecommunications network company in India and the sixth in the world.

But the most important, big and important contribution in their merger is considered to be Reliance Jio. Which created a stir in the year 2016 by stepping into the telecom sector. Despite giving its free services for six months, Jio beat everyone and became the largest company in the telecommunication sector. But now that Vodafone and Idea are two companies, will they be able to face the storm of Jio? Will she be able to overtake Jio once again? And will she be able to restore her old existence lost somewhere in the storm of Jio? This is analyzed by experienced astrologers at GaneshaSpeaks.com. Let’s know…

But before doing the astrological analysis of Vodafone Idea Limited, we would like to discuss some other aspects.

To reduce the cost and capital expenditure of the company and get relief from cut throat competition in the telecom sector.

What benefit did the customers get from the merger of these two companies?

What is the performance and market share of Vodafone Idea Limited?

Today, when there is a downward trend in many areas of the market. In such a situation, get your horoscope prepared for the coming financial year from our astrologers today and make your financial condition strong.

What does the horoscope of Vodafone Idea Limited say?

In the Surya Kundli of Vodafone Idea Limited, the lord Mars is the exalted conjunct along with Ketu and Mercury is afflicted by Rahu. Whereas the Sun is situated in its zodiac. Moon and Jupiter are in opposition and Venus is weak.

The current Jupiter transit is motivating the tenth house of business, and on the other hand, the present Saturn-Ketu transit is going on the Saturn of birth. Those who probably do not appear to associate with doing the desired business so easily.

At present Rahu is transiting through the eleventh house of benefic. Which may be the root cause of the continued reduction in the market share of Vodafone Idea Ltd. Also, the spirit of competition is influenced by Mars-Ketu, which may lead to tough competition.

How Vodafone Idea Limited has improved its products to increase its market share?

Saturn’s aspect is on the seventh house, which is the aspect of partnership. Which suggests that Vodafone Idea team needs to come up with some innovative ideas and plans. Which can attract customers and improve its market share. Apart from this, both also need to work on call-drop issues. Which many customers have faced many times. Vodafone Idea Limited needs to set aside its monopoly policies to serve the customers better and win their trust again.
Mercury-Rahu conjunction indicates that Vodafone Idea Ltd. will need some extra efforts to attract new customers through advertisements on billboards, TVs, FM radio etc. Also, there are some new and creative advertisements to do with your familiar symbol Zuzu. Because this can help the company to increase its market share.

What will be the financial position of Vodafone Idea Limited going forward?

The coming times of Vodafone Idea Limited will not be easy financially. Because at present, due to the transit of Saturn-Ketu, there may be some obstacles in the financial path of the company. Hence Vodafone Idea Limited will need to go step by step. The company should refrain from making any major financial investments till mid-January 2020. It may face tough competition from its competitors in the coming future.

Will Vodafone Idea Limited be able to make a comeback in the telecom sector with its new plans and products?

The answer would be yes. Vodafone Idea Limited may try to come back with some new plans and new products to attract new customers in the telecom sector by the end of 2019. Which can help take the company forward to some extent. As Jupiter is aspecting the tenth house during the current transit which is the karaka of business. While the times ahead for the company will not be easy, as mentioned in transit, their skills and patience may be tested.

Apart from this, recently, Union Finance Minister Nirmala Sitharaman has decided to give equal share to all Leticom companies in the market under the new economic policies that the companies which have more debt outstanding. The time limit should be extended for them to repay the loan. so that they can repay their loan. But how much that time limit will be extended, its final decision will be taken by the country’s highest court, the Supreme Court. After which the position of these companies will become more clear.

Why the company’s new plan of minimum recharge failed?

As mentioned above, the spirit of competition is afflicted by Mars-Ketu, which indicates a continuous decrease in desired revenue. Which ultimately affects the company’s new plan of minimum recharge as well. Which was started by the company to generate more revenue and to maintain the trend of the customers.

To keep your financial condition strong even in this period of recession, consult our astrologer now.

To get your personalized solution, talk to our expert astrologer now!