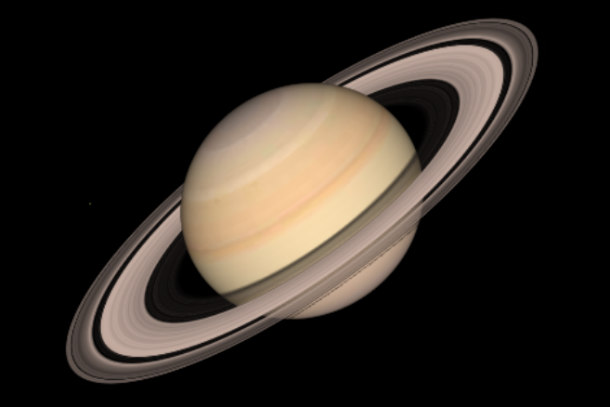 Are you scared of “Sade Sati” – the supposed seven and a half years 'hard' transit of Saturn? Although the Saturn Transit is popularly considered to be just a negative phase, it is actually the most crucial period to learn and implement in areas of health, wealth, finance and relationships. Hence, with this article, you will be able to understand this intriguing and intimidating planetary phenomenon in a better manner.

Yes, Saturn is indeed a tough taskmaster, who doesn't entertain impropriety, indiscipline, and irregularity, but there's more to this stern approach of the planet. Equality and justice are two of the most important qualities that Saturn stands for and this aspect is quite apparent from the way he treats the Gods, Demons, and Humans. You would be surprised that divine beings like Lord Vishnu, Lord Shiva amongst others have also faced the heat of the Sade Sati.

There cannot be a greater friend and a more effective teacher than Saturn, but very few people are able to realise this fact.

Talking about the human level experiences of the dreaded period of Saturn, the legend of the mighty emperor Chakravarti Vikramaditya and the kind of suffering and hardships that he went through, happens to be the most striking one. Such was the tough time the great emperor faced, that he had to fill water at the house of the caretaker of a crematorium for earnings!

How Is Sade Sati Caused?

You would be thinking, what is Sade Sati and how exactly is it caused? If Saturn is transiting through the 12th, 1st, and 2nd, signs from your natal Moon, then it can be said that the Sade Sati is in operation in your Chart. These transits are categorized into three parts, which are known as the 1st phase, 2nd phase, and 3rd phase respectively. Out of the three, the 2nd phase is considered to be the most difficult period.

How Does It Affect Our Lives?

The Sade Sati is one of those planetary transits, which has a very drastic impact on various areas of our lives, sometimes even simultaneously. Saturn happens to be a very slow planet, and its influence on our natal Moon – the planet which happens to be the significator of our mind and thinking patterns, slows down our thought-process and decision-making skills.

The Sade Sati is not a period of retribution or pure hardship as many perceive it, but it is instead a phase to redeem yourself and to refine your core personality, while learning to be more responsible.

Do you want to know how the Sade Sati will affect you and your life? Know more about how this Saturn Transit will impact your business, career, health, wealth and relationships. Buy our Saturn Transit Report and know it all!

An Example To Comprehend This Phenomenon Better

Imagine that you are cruising smoothly in a car, but then suddenly an external force firmly presses the brakes. Now, first of all, you will be shocked and perplexed. Won't you? And then, when you try to regain your state of normalcy and try to move ahead, you realize that the brakes are still pressed and you can move only at a very slow pace.

It may also be possible that the external braking action took place because you were driving at a speed faster than the permissible limit and you were being alerted to make proper course-correction. This is the kind of effect Sade Sati tends to have on our psyche. This is not an entirely bad phase or a back period of retribution. Saturn gives results only according to our Karma and keeps reminding us of the importance of being disciplined, responsible and accountable for our actions. Moreover, humility and practicality are two of the most essential qualities which will help you to sail through the Sade Sati period. You can also know more about how this Saturn Transit 2020 in Capricorn will affect all the 12 Moon signs!

How To Deal With Things In This Period?

But, is it all so easy? We all know that being responsible and pragmatic is the ideal way of living our lives, but then will we be able to unfailingly ensure it? Maybe yes, maybe no. Then, how to ensure the propriety of conduct during this hard transit of Saturn? The Premium Saturn Transit Report is the answer. In this report, you will be provided detailed guidance about the areas that may get affected and you will be presented with effective solutions as well. This information will help you to face the testing times with more confidence and will lessen the chances of you taking the wrong decisions.

We hope that our exclusive report will provide you with the strength and strategic guidance to face the major test of your life during this Saturn Transit.