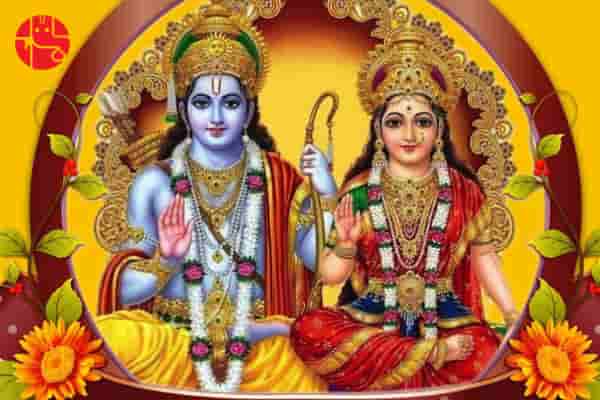 According to mythological religious texts, Mother Sita had descended on the earth on the date of Falgun Krishna Ashtami. For this reason, the festival of Sita Ashtami is celebrated on this day. This festival is also known as Janaki Jayanti. This year the festival will be celebrated on 26 February.

Mahashakti Swaroopa Mata Sita, the daughter of Maharaj Janak, was married to Maryada Purushottam Lord Shri Ram. After marriage, Mother Sita became a cultured daughter-in-law and completely followed her husband’s religion during exile. He is also considered the Shri Shakti of Lord Shri Ram. This is the reason that fasting is done on the day of Falgun Krishna Ashtami and wishes for a happy married life.

According to religious scriptures, the festival of Janaki Jayanti is celebrated on the Ashtami date of Krishna Paksha of Falgun month. It is believed that in the Pushya Nakshatra of Falgun month, when King Janak was preparing the land with a plow for the yagya with the desire to have a child, at the same time a girl appeared from the yagya ground. The girl was named Sita. This date is known as Janaki Jayanti or Sita Ashtami. By observing a fast on this day, patience is attained like that of Mother Sita.

According to another legend, a learned Brahmin named Devadatta lived in the Marwar region. His wife Shobhana was quite a beauty. Once a Brahmin had gone to another village for alms. In the meantime, the brahmin started walking on the wrong paths after getting trapped in the wrong way. When he started getting condemned in the whole village, he burnt the whole village. After her death due to the abandonment of her husband, she was born in the house of Chandala. She got leprosy due to burning of the village and due to wrong deeds she became blind. After that she started wandering from one place to another. While wandering, she reached Kaushalpuri. That day was the Ashtami date of Shukla Paksha of Falgun month, which destroys all the sins. Troubled by hunger, he demanded food from the people, but the people refused to give him food saying that today is Janaki Jayanti, and today the person who gives food in food has to become a partaker of sin. People told him to give prasad on the second day. Here, he died of hunger and thirst, but inadvertently completed the fast of Janaki Jayanti and attained heaven. After this she was reborn and she became famous as Maharani Kama Kala of Maharaja Jai ​​Singh. He also built many temples of Mata Sita and Shri Ram in his kingdom. It is believed that the one who worships Mother Sita on Sita Ashtami gets happiness and good fortune.

– Worship Mother Sita and Lord Shri Ram after taking bath in the morning.
Offer makeup items on his statue.
– Dishes made of milk and jaggery should be donated.
After worshiping in the evening, the fast should be broken only with the dishes prepared.