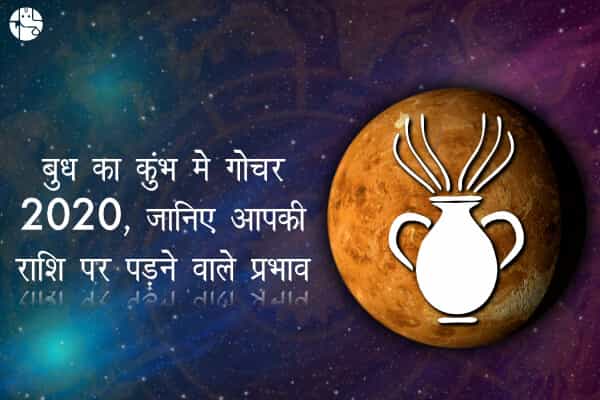 The closest to the Sun and the smallest in size, Mercury is the crown prince in the solar system. In Vedic astrology, Mercury is considered a symbol of the intelligence of Kaal Purush, along with being the crown prince, plays an important role in improving the nature and personality of man in his youth. Mercury is also the factor of studentship and learning practice. Along with this, he is also the factor of intelligence, friend, veena, business, cleverness and craftsmanship. On the other hand, if we talk about the inauspicious effects of Mercury, under its influence, a person is adept at misuse of speech tact, intelligence, and property three. In the malefic effects of Mercury, a person is eager to deceive people, zeal in stealing, ability to prove wrong things, instability in thoughts, more interest in occult, despite being intelligent, being foolish, timid, modest, ignorant. Despite this, they boast of being knowledgeable and are clever in spreading false rumours.

Mercury influences all the zodiac signs according to its nature and nature. Mercury takes 88 days to orbit the Sun. Accordingly, it takes about 14 days for them to travel through one zodiac sign. In retrograde or in a particular situation, the time of zodiac travel can be more or less. At present, Mercury has transited in Capricorn and till January 31, it will travel to the karmic place of the horoscope in Capricorn along with its friend planet Sun. Saturn is the lord of Capricorn, and both Mercury and Sun are traveling in the signs of their enemy planets. Mercury is the lord of Gemini and Virgo and naturally aspecting the seventh house from its position. After transiting in Capricorn, Mercury will transit from Capricorn to Aquarius on January 31, 2020. Normally, Mercury, which travels in a zodiac for 13 days, is going to travel in Aquarius from January 31, 2020 to April 7. During this time, being retrograde and Margi, they will stay in Aquarius for more than their scheduled time. Mercury’s Aquarius transit 2020 will affect all the zodiac signs, during which this transit will have a greater effect on those signs in which Mercury is going to be retrograde or transiting.

The Aquarius transit of Mercury is going to be very positive and fruitful from the point of view of Moon sign Aries. The Aquarius transit of Mercury is happening in the eleventh house of the 2020 Aries birth chart. The eleventh house of the horoscope is associated with the day-to-day gains of life. This house is related to unexpected gains of life, business on foreign land, circle of friends, public life and elder brother. Under the influence of Mercury’s Aquarius Transit 2020, you see the possibility of getting success in career related issues on the strength of hard work. During this time you will also get success financially and you will witness some unexpected gains in career or business. You are also likely to get good profits from investments made during this period. You will find yourself more financially capable and stable during Mercury’s Aquarius Transit 2020. Mercury transit 2020 is also going to have a positive effect on the love and marital relations of Aries natives. During this, the love relations of Aries people are going to be deeper and more pleasant, along with this, only its auspicious effects will be seen in married life. Talking about health, this period is going to be average, but during this time try to improve your routine and eating habits.

Aquarius Transit 2020 of Mercury is happening in the tenth house of the Moon sign Taurus. During this time Mercury is the lord of second and fifth house and is looking at the happiness place of the horoscope from its place. Mercury transiting in the karmic place of Saturn in its own sign is going to have some favorable effect in the career and business of Taurus people during this time period, however, to get the solution of the problems coming in life, talk to an experienced astrologer specialist! During this time you may have to face some difficulties in your professional life. Hard work and a positive attitude in the field of career and business will help you make the most of the favorable effects of Mercury. According to Ganesha, Taurus natives need to maintain patience during the Aquarius transit of Mercury in 2020.

During the Aquarius transit of Mercury, it is seen to be beneficial for those Gemini natives who wish to work on site in a project. However, during this time you will have to work hard and make efforts to achieve the goals set in the areas related to your career. At the same time, Gemini students who are trying to get education during this period are also seen to benefit. Those students who are trying to get education from a foreign university seem to be getting more benefit from the Aquarius transit of Mercury. During this time, you are going to get more recognition from the career point of view, due to which there is a possibility of increase in your honor and respect.