All about the planet Mars and its association with Tuesdays… 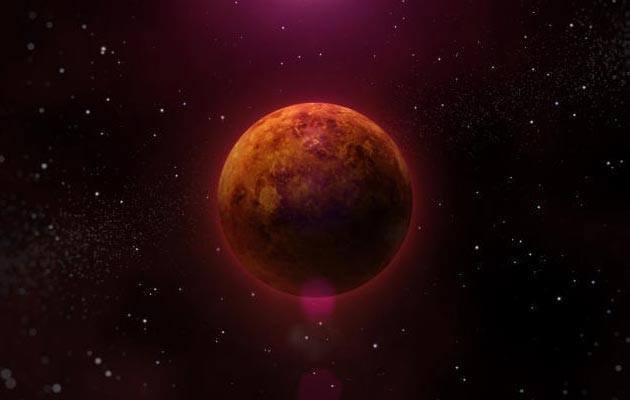 People tend to wear red coloured clothes and donate red coloured items on Tuesdays, as the colour red is associated with Mars – the Red Planet.

Mars, as the planet is generally referred to, is also known as Mangal or Kuja or Angaraka; more elaborately called Bhoomiputra Mangal in Hindi, meaning the one born out of Mother Earth’s womb. Astronomically, Mars is known as the Red planet, because of its colour and surface appearance, lent by the excess of iron oxide in its terrain. Astrology too holds Mars as an out-rightly fiery, red planet, which is known to rule the first and the eighth Signs of the Zodiac – Aries and Scorpio.

Mythology has it that Mars is the God of War and the Commander-in-chief of the Celestial Army, and thus, is a pure warrior at heart. Here are some of the qualities associated with this planet –

Mars is the epicentre of raw energy and stamina of the universe. It stands for high-octane action and action of all sorts. Mars’ function is more to act than to react!

It is the one who gives you the required push to achieve and do something; like throwing away your laziness to get up from bed in the morning or putting in that run to get the bus to office in the morning or sprinting hard to win that race in a sports event, all such activities where aggression, agility and physical effort is required are represented by Mars.

Mars is absolute masculinity and vigour, driving people to achieve their desires and to put their thoughts or plans into action. It is generally said that in this world of cut-throat competition, a strong, well placed Mars in one’s Natal Horoscope can prove to be a wonderful asset.

If Mars is well-placed in a person’s Birth-Chart, the native is likely to be highly courageous—a person of pioneering spirit and initiative, adventurous, passionate, independent, short-tempered, forceful, domineering, a lover of sports and games, competitive, spontaneous and a possessor of various other enviable qualities, which will enable him to achieve his ambitions and goals in life.

Mars also plays a very important role in the marriage of a person. A person with Mars in the 1st, 4th, 7th, 8th and 12th Houses is said to have Kuja Dosha or Mangal Dosha, which makes him/her a Manglik. Are you a Manglik? Find out with GaneshaSpeaks’ free Mangal Dosha Report.

Mars, a relatively fast moving planet, transits in each Sign for approximately 45 days, and gets exalted in the Zodiac Signs Capricorn, while Aries is his Moolatrikona sthana/place and Scorpio is his own house or Swakshetra. Mars possesses Agni-tatva or the Fire Element.

An ill-placed Mars in one’s Kundli or Natal Horoscope may give adverse results such as frequent accidents or injuries, quarrels and misunderstandings with near and dear ones, over-excitement, over-exhaustion or extreme fatigue, mishaps due to fire, etc. But, there are ways to deal with these problems, as Astrology has the Nivaarans or Remedial solutions to every problem of the Human World.

Here are a few tips, you may follow to tame an angry Mars –
1) Visit Lord Hanuman’s temple on Tuesdays. Wear red clothes during prayer time on Tuesdays.
2) Recite the Hanuman Chalisa and also Bajranga Bann stotra.
3) Offer Red Hibiscus flowers and dry dates (Khaarek) to Lord Hanuman.
4) Offer water to a Peepal tree on Tuesdays.
5) Distribute fire-works or fire-crackers and brown-coloured sweets to poor children during festival time.
6) Donate clothes to poor youths.
7) Donate articles of copper to the needy.