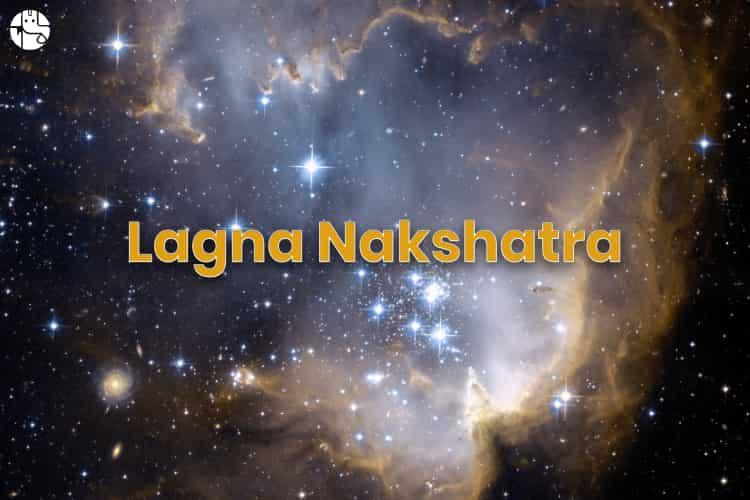 “When in a nativity, the lord of Lagna has brilliant rays, the man concerned is blessed with fame. If the Lagna lord is well placed, the native attains happiness and prosperity.”

The above extract is derived from Phaladeepika, one of the most significant treatise on Hindu Astrology. The shlok, originally composed in Sanskrit, gives us a cosmic insight into the intricate workings of the planetary transition and the importance of Lagna Nakshatra in one’s horoscope Report.

It is one the most vital part of one’s horoscope and the positioning has the power to dictate how the life of a person is to pan out. In other words, it describes the pattern of native’s life. During the birth, just as different planets take up nakshatras, Lagna also acquires a nakshatra. Lagna or the rising sign rules the first house in the horoscope and this deals with key aspects related to the person such as physique, health, vitality, natural disposition, personality traits as well as how life is going to turn out. In a nutshell, Lagna nakshatra is the key factor that tells how a person will interact with the world around him or her. You can also learn more about your traits and hidden potential with a detailed Janampatri.

The Lagna, also known as lagnesha, through its sign and the house in which it is positioned, along with Nakshatra tells us how we look at life. The Lagna tells us about our liveliness, strength and resilience, while the position of Lagna signifies the areas of life where we feel the most balanced and confident. It is a strong indicator of our role in society and also gives an insight into how others tend to behave with this person or how they perceive him or her.

Now the factors on which the effects of Lagna are based are conditional and have different effects based on whether it attains drishti from benefics or malefics. The influence of malefics brings damage to the Lagna, while the influence of benefic helps enhance the positive effects. Additionally, it is of dire importance to find out whether the Lagna is swakshetra, uchchamsha or mulatrikona as the position grants it with the power of increased benefits. On the other end, if the Lagna is fallen, it dictates the onset of difficulties in the form of unfavorable personality traits or even a physical barrier. Hence, a strong Lagna is pivotal to leading a healthy, prosperous and satisfying life.

Different planets and stars have diverse effects on Lagna and the careful observation and analysis of the same offers detailed insight on personality traits and many other aspects. Here’s a list of planets and stars with the effect on Lagna:

The Sun’s influence induces great courage and bravery. On one end it makes the person hot-tempered, but on the other end, it also brings family wealth as well as close working with the regulating authorities.

The moon’s influence brings great fortune. It also imbibes the traits of being courteous and sympathetic, as well as brings wealth to the natives that deal in liquids.

The native that is influenced by the effect of planet Mars is mostly always adventurous and is open to trying new things, and is blessed with bravery, that can also become the source of earning. But along with these traits, the native may also have a temperament.

Those who are under the influence of Mercury are blessed with intelligence and knowledge. The kind, that brings them fame, recognition and respect.

Jupiter
The native who is influenced by Jupiter tends to be religious at heart and is learned. The influence also fetches him fame and respect from the state or adjacent.

The natives that are influenced by Venus are blessed with great looks. They usually possess appealing personalities and wealth, while also enjoying adoration from the opposite gender.

Unfortunately, the natives that are influenced by Saturn don’t have it easy. They tend to put in more efforts while making less in return. They are also prone to diseases and seldom find happiness.

This is but a brief description and the subject is very comprehensive. Though it is inarguable that Lagna Nakshatra is one of the most crucial factors in determining one’s future as well as in understanding one’s personalities.