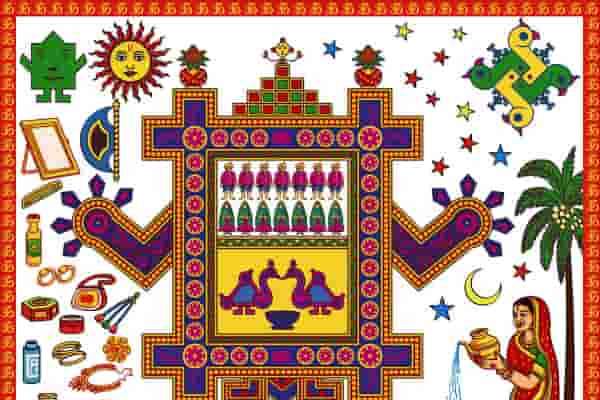 This festival especially celebrated in North India, mothers observe the Ahoi Ashtami fast to avoid any untoward incident in the life of their son. This fast is observed on the fourth day of Karva Chauth in the month of Kartik and eight days before Deepawali, which falls on the Ashtami of Krishna Paksha of Kartik month. In 2022, the festival of Ahoi Ashtami will be celebrated on 17 October. The month of Kartik has great importance and its glory has also been mentioned in Padma Purana. It is said that taking bath before sunrise every day in this month, observing Brahmacharya fast, chanting Gayatri Mantra and eating sattvik food also destroys the great sins. That is why all the fasts that come in this month have special fruits and this is the reason that the Ahoi Ashtami festival celebrated in this month also has a lot of importance. Overall, this festival is safe from any untoward incident.

On this day, taking a bath in the morning and at the time of worship, the vow of Ahoi Ashtami fast is taken for the long life and happy life of the son. Mother Goddess Parvati is the one who saves from misfortune, therefore Mata Parvati is worshiped in this fast. For the worship of Ahoi Mata, the picture of Ahoi Mata along with the picture of Syahu and her seven sons is also made on the wall with ocher. The story is told and heard by placing a bowl of rice, radish, water chestnut etc. in front of the mother. While worshiping in the morning, water is kept in the lota and water is kept in the Karve on top of it. The karana used in this should be the same as that used in Karva Chauth. The water of this Karva is also sprinkled throughout the house on the day of Diwali. These images are worshiped in the evening. Arghya is offered to the stars along with rice in the evening with water from the lota. There is a law to make Ahoi of silver in Ahoi Puja, which is called Syahu. Syahu is worshiped with Roli, Akshat, milk and rice.

In ancient times, a moneylender had seven sons and seven daughters-in-law. This moneylender also had a daughter who had come to her maternal home from her in-laws’ house on Diwali. On Diwali, seven daughters-in-law and sister-in-law went to the forest to bring soil to cover the house. Syahu (porcupine) lived with her seven sons at the place where the moneylender’s daughter was cutting the soil. A child of ink died due to the injury of a moneylender’s daughter’s scabbard accidentally while cutting the soil. Syahu got angry on this and said I will tie your womb.