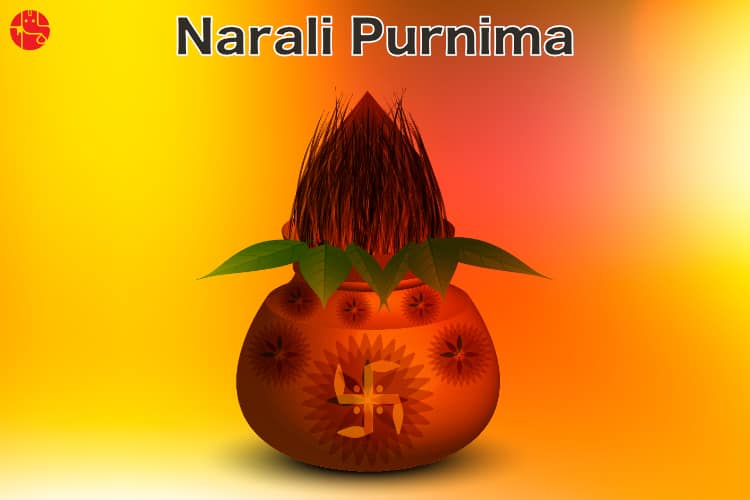 Narali Purnima festival also known as Coconut Day is an important festival dedicated to Sea God Varun. The Hindu festival of Narali Purnima or the Coconut festival is celebrated with great fervour and in a jubilant manner by Fisher community of the western coastal regions of India. It is observed on the ‘Purnima’ (full moon day) in the month of ‘Shravana’ in the Hindu calendar and therefore referred to as ‘Shravana Purnima’. This year Narali Purnima falls on August 31, 2023. The word ‘Narali’ implies ‘coconut’ and ‘Purnima’ signifies the ‘full moon day.’ Coconut holds an important purpose on this day. During this festival, people offer coconuts to the sea. It is also believed that after this day the strength of the wind and the direction of the same changes in favour of fishing.

Narali Purnima is observed with great zeal and enthusiasm in Maharashtra and adjoining Konkani regions. People from the fisherman community celebrate this festival to ward off unwanted incidents while sailing in the sea. The festival marks the end of the monsoon season in Maharashtra and beginning of the fishing and the water-trade amongst the fisherfolk. Thus, the fishermen offer prayers and worship the sea-God, Varun, for a smooth journey out in the waters. Dancing and singing are an integral part of this festival. The festival of Narali Purnima is indicative of the coming year that will be filled with happiness, joy and wealth.

To know the detailed Narali Purnima rituals Talk to our astrologer now!

During every Full Moon day, the transiting Sun and Moon are placed in opposition, which causes high tides in the sea on New moon day. So on this day, fishermen pray to Sea Lord Varun to calm down so that they can start their fishing or transportation accordingly.

Subtle effects of offering coconut to sea on this day

The sea is considered to be the location of Lord Varuna. This festival is mainly dedicated to worshipping the Lord Varun, who is the Dikpal (the God of the Sea/West direction). While worshipping to the Lord Varun, with his grace, Yamalaharis are attracted to the coconut water. For fishing, oceanographers often stop at the shoreline during the rainy season. This period is not the time for fish breeding, as they do not fish during this period.

On this day, the fisherman community (Koli peoples) and those who live on the coastal areas worship the sea and offer coconut to the lord Varun. The coconut offering to the sea on this day is the most auspicious, and it is also a symbol of creativity.

The following Mantra must be recited on the day of Narali Purnima to envoke the blessings of Lord Varun:

Narali Purnima is one of the most important festivals for the Koli community, and it is celebrated with a lot of joy and happiness. The festival of Narali Purnima coincides with other festivals such as ‘Shravani Purnima,’ ‘Raksha Bandhan’ and ‘Kajari Purnima.’ Though there may be regional variations in the celebrations, the significance, sentiment and the rituals are same.