Happy Baisakhi 2021: History And Significance Of This Harvest Festival 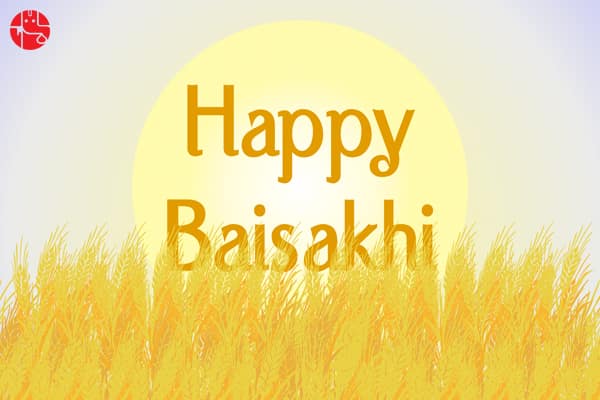 Baisakhi, also known as Vaisakhi, is the New Year Day for the Sikh community. It is not only a Spring Harvest Festival but also a day commemorating the Khalsa Panth of the warriors established under Guru Gobind Singh in 1699. The Baisakhi Festival marks the beginning of spring in India. Hence, do mark that this is not just a day to celebrate and eat a lot of goodies alone- but a religious day where Sikhs worldwide remember the great man who created the famous Khalsa Panth.

The Baisakhi time typically indicates the end of the harvest season and provides a tremendous opportunity for farmers to have great joy and fun. Baisakhi is celebrated in a grand manner, especially in Punjab and Haryana, where they are marked by vibrant colours, food, music, and dance. This year, it will be celebrated on 14th April 2021. The festival is observed under various names throughout India. In Assam, it is known as 'Rongali Bihu,' in Bengal as 'Nobo Borsho,' in Tamil Nadu as 'Puthandu,' in Kerala as 'Pooram Vishu,' and in Bihar as 'Vaishakha.' Read on to gain a better understanding of the essence of Baisakhi.

On the auspicious day of Baisakhi, the farming community thanks God for the successful rabi crop harvest season that has just ended and prays for a more fruitful season to come. The occasion of Baisakhi is even more special and significant for the Sikh community. Baisakhi is a holy festival that commemorates Khalsa's birth. The Khalsa sect of Sikhism was founded on this day. In the year 1699, the 10th Guru of Sikhs, Guru Gobind Singh, established the Khalsa, a collective body of all initiated Sikhs, at Kesgarh in Anandpur Sahib.

Know the secrets behind your birth date and time with your Free Personalised Janampatri!

Baisakhi History: Why Baisakhi is Celebrated?

The martyrdom of Guru Teg Bahadur, the ninth Sikh Guru, who was publicly beheaded by Aurungzeb, is the origin of the Baisakhi festival. The Mughal Emperor wanted to spread Islam throughout India, and Guru Tegh Bahadur fought for Hindu and Sikh rights. He was viewed as a threat as a result of this. Guru Gobind Singh succeeded Guru Teg Bahadur as the Sikhs' next Guru after his death.

Guru Gobind Singh, the tenth guru, chose Vaisakhi in 1699 as the occasion to transform the Sikhs into the Khalsa Panth, a family of soldier saints. At Anandpur Sahib, he founded the Khalsa in front of thousands of people.

Guru Gobind Singh emerged from a tent carrying a sword during the Baisakhi festival. He challenged any Sikh willing to lay down his life to enter the tent. With his sword covered in blood, the Guru returned alone. He then asked for another volunteer and repeated the process four times more until all five men had vanished into the tent. The crowd was anxious until they saw five men wearing turbans with the Guru return.

The Panj Piare, or 'Beloved Five,' was the name given to this group of five men. The Guru then baptised the men into the Khalsa.

The festival of Vaisakhi has astrological significance because the Sun enters Aries on this day (Mesh). This is why the festival is also known as Mesha Sankranti. Performing certain rituals on this day helps the native to strengthen Sun in the birth chart and get protection from its malefic effects. This year, it is even more special because Vaishakhi 2021 falls on 14th April, i.e. once in 36 years. Don’t miss this opportunity; get personalised rituals based on your birth chart. Talk to Expert Astrologers Now!

How Baisakhi is Celebrated?

Baisakhi is a festival celebrated with a lot of joy and enthusiasm. May the cheerful festival of Baisakhi usher in good times and happiness that you so rightly deserve. We wish you a cheerful, enthusiastic and safe day!