Ayushmann May Experience Great Creative Flourish In The Coming Year; The Singer Within May Re-emerge 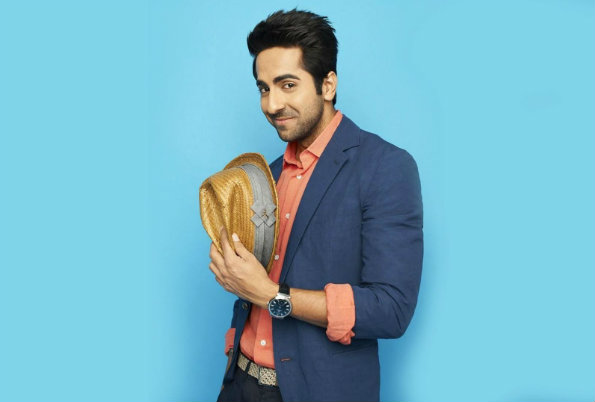 Ayushmann Khurrana is one actor who has been able to win a lot of hearts with that subtle charm and unconventional acting skills. Despite of his non-filmy background, and in the absence of the blessings of a ‘godfather’, Khurrana has made it big in the entertainment industry. Right from taking part in the popular reality show – MTV Roadies and winning it just at the age of 20, becoming the RJ of a major radio channel in New Delhi, to becoming the VJ of major shows of MTV and then finally making it big as an actor as well as a singer – Ayushmann has come a long way! What do the planets indicate about the star, who has been a major source of inspiration for the youth? Let’s check out the exclusive birthday predictions!

Ayushmann and the Stars

Ganesha feels that the year ahead will be quite an eventful one for Ayushmann owing to the various planetary influences. There may be a lot of projects and assignments that will be coming his way in the coming months.

As per Ganesha’s view, Ayushmann will be able to experience a good flourish in the creative sphere, due to the transit of Jupiter over Natal Venus. He will be able to come across good offers and interesting scripts. Moreover, the time seems favourable for even Ayushmann – the singer to shine; we may get to enjoy some of his soulful renditions in the year ahead.

Ganesha says that the transit of Saturn over Natal Jupiter, which will be commencing from 26th January, 2017, will bring about a major change in his life.  This transit of Saturn will be operational for about 30 months from the said date and in this period, there may be some major events that will take place in his life.

Moreover, in this period, he may become more pragmatic and may take some important decisions related to his life.

Though there will be a lot of positive developments, some chances of controversies are also foreseen for the Vicky Donor star. The transit of Rahu over Natal Sun and Mercury may create problematic situations and may trick him into making the wrong moves or statements – be it during media interactions or any public events. His image may get dented because of this adverse transit and there may be a lack of overall clarity.

Ganesha feels that his films releasing during next one year will surely lead him to the next level as an actor and there may be some refreshing concepts that he may come up with. It would be a bright phase for Khurrana as an actor and it will be much better than the 2015-16 timeline. Though there may be a major transition, it may not be the best of him that we may get to see so soon, as Ganesha says that the best is yet to come!

Is it even your birthday today or is your birthday fast approaching? Then, find out how your ahead will be with the help of the personalised Birthday Report!