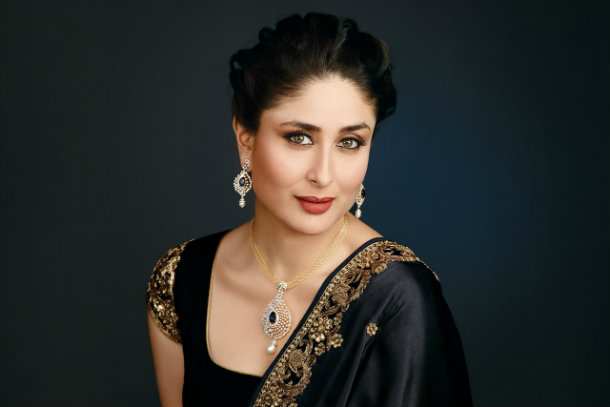 Kareena Kapoor – the gorgeous Bollywood Diva, who is soon going to be a mother, has been taking things a bit easy from some months, as regards films and Bollywood are concerned. Her last two outings – Ki and Ka, in which she starred as an ambitious businessperson and Udta Punjab, wherein she played the role of Preet Sahni, a drug rehabilitation doctor, were received well at the box office. She will be seen next in Veere Di Wedding, which will also be starring Sonam Kapoor. We have all love Kareena for her wonderful acting and gorgeous looks, but now, she is winning the Internet with her lovely #BegumBump photos. This is probably one of the most crucial phases of Bebo's life and thus it would be interesting to know how the stars are currently aligned and how things may shape up for her.
So, in this article, Ganesha takes a look at her stars and predicts what special awaits her in the upcoming months and whether the soon to arrive angel will bring great luck for her. Enjoy the read.
Kareena Kapoor
Date of Birth: 21st September, 1980
Time of Birth: Unknown
City of Birth: Mumbai, Maharashtra, India
Kareena Kapoor's Surya Kundli 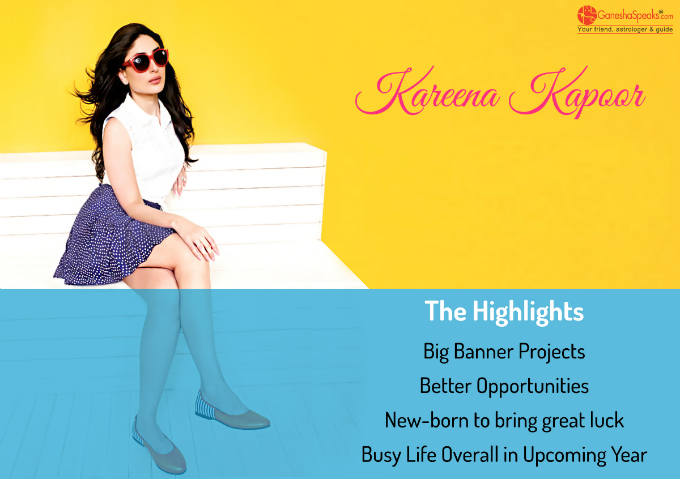 A look at the likely trends in the year ahead for Kareena Kapoor:
More activity in the film circuit?
Ganesha feels that Kareena may be bouncing back strongly in the coming year and the stars seem to be positively aligned for her to grab good film offers. Some nice performances can be expected from her. Moreover,  there may be some new elements that she may offer as an actress in the months to come.
Activation of key Planets – a productive phase ahead:
Ganesha feels that the highly auspicious transit of transiting Jupiter over her Natal Sun, Saturn and exalted Mercury will prove to be very beneficial and productive in many areas of her life. There will be a surge of optimism within her and various opportunities would be coming her way. Moreover, it may also be a very busy time.
Big banner projects in the pipeline?
According to Ganesha, due to the grace of Jupiter, some big banner films may be coming her way. Jupiter is a huge planet and the things that it bestows upon the natives when it passes through favourable houses are also grand in size. So, though Kareena may be doing a few films, they may be big-banner films and will receive good publicity. Considering the major picture, Bebo is likely to be in the limelight in the major part of 2017.
Bebo – the performer:
The chances of her performances being appreciated seem very high in the year ahead. She may be very particular about the substance of the scripts that she selects and will put in more efforts to improvise her performances. Also, due to the positive push that the planets may give, she may be eyeing an award or two in the next two years.
Also Read: Will PM Modi Be Able To Keep The Ghosts Under A Leash & Deliver Even More Effectively Next Year?
Balancing personal and professional life:
Ganesha feels that the 'Jab We Met' actress will prefer to balance her personal and professional life, rather than letting the balance tilt towards only one area. There will be increased efforts to bring more understanding and amiability into her relations with her siblings and parents.
The overall fortunes of the actress in a nutshell:
On the whole, Kareena's year ahead looks very bright. Moreover, Ganesha feels that Bebo may wish to work even in films of other languages or other industries, even including the Hollywood. There will be a lot of good things that the actress can look forward to, but it will be better to take good care of her health.
Words of Caution:
It is to be noted that from January 2017, Saturn will be transiting through the Sign of Sagittarius, and will be aspecting the cluster of planets in Virgo. Due to this, there may be some instability in her personal life and her fitness may get affected. Thus, she is advised to be careful of this aspect.
With Ganesha's Grace,
Bhavesh N. Pattni and Aaditya Sain
The GaneshaSpeaks.com Team
You may find these interesting: