Serena Williams Birthday Predictions: She Is Likely To Shine Post-Pregnancy 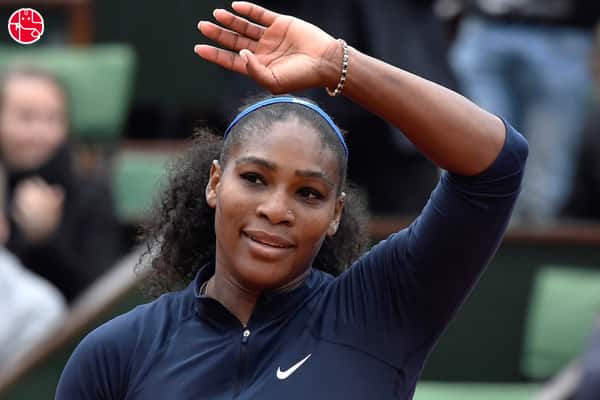 (Image Source: Internet)
There are only a few players in the world who have influenced and redefined the manner in which people look at sports. Serena Jameka Williams is one such international lawn tennis player. Hailed by some commentators as the greatest tennis player that world has ever seen, Serena Williams, who belongs to the United States, has been ranked number one in tennis on eight occasions between 2002 and 2017. She has currently taken a break from sports till 2018 as she in a family way.
While experts across the world hold different views regarding her future performance, Ganesha has analysed Serena Williams horoscope to predict the forthcoming developments in her life. Here are the findings:
Serena Williams
Date of Birth: 26th September 1981
Birth Time: Not Known
Place of Birth: Saginaw, Michigan, U.S.A.
Surya Kundli

Serena Williams Will Be Brimming With Confidence

As per Serena Williams horoscope, the naturally beneficial planet Jupiter will be transiting over two natal planets. Hence, her overall personality will be highly impressive during the next year. Serena Williams will also be brimming with confidence and self-assurance. She should, therefore, utilize this opportune period to discover more about herself and her capabilities as per Serena Williams birth chart. Besides, Serena Williams will feel highly motivated and remain focused on broadening her boundaries. This will enable her to move ahead on the path to extend her horizons. Serena's stars are giving her strength. What about your birth stars? What do they foretell? Get Astro Profile Report and know all about your birth stars.

Jupiter Will Help Serena Williams To Significantly Improve Her Performance

Further, according to the solar horoscope of Serena Williams, her performance will also improve considerably, this time around. Moreover, rise in her earning potential is foreseen during this period, and she will also get positive results for her efforts. Additionally, as the Jupiter's transit occurs in the 2nd house, Serena Williams is likely to pay more attention to her family, and she will also devote quality time to her family members. Serena is all set to shine more in her career. Will your career get the boost? Buy the Jupiter Transit Report For Career and know what influence will Jupiter have on your career.

Serena's Fan Club  Will Increase During The Forthcoming Year

Besides, Serena Williams will be under the influence of Rahu return through the 11th house, this time around. Hence, she may experience a major change, as her friends would become her supporters, and her supporters will become her fans. In short, the fan club of Serena Williams is likely to increase during this year. She would also cherish her social activities more often than usual in accordance with her zodiac sign Libra.

Saturn And Ketu May Hinder The Progress Of Serena Williams

The influence of Ketu return through the 5th house and Saturn's transit through the 4th house is also observed in the solar horoscope of  Serena Williams. Thus, some pressure to perform better may arise, this time around as per Serena Williams predictions. The impact of Ketu return may also cause some unexpected problems for Serena Williams, or some old health issues may also recur during the year, which could be detrimental to her growth.
With Ganesha's Grace,
Acharya Bhattacharya
The GaneshaSpeaks.com Team
For Instant Solutions! Talk To Astrologer Now.
Share