Stars look favourable for Ross to get back the focus and confidence... 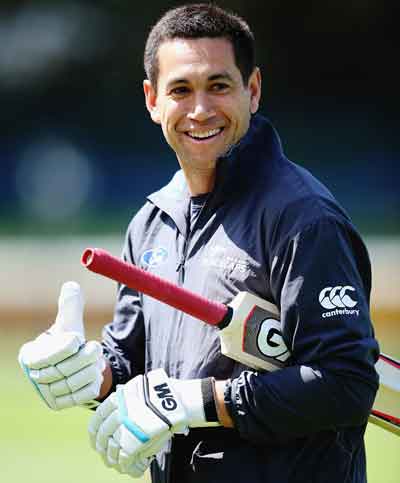 With an innings that kept fluctuating from classy to scratchy to aggressive in undistinguished patterns,  Ross Taylor fought bad form and hostile bowling to score a double hundred against Australia on Day Three of the second Test at Western Australian Cricket Association (WACA) Ground in Perth. In doing so, Taylor became the first New Zealander to score a Test double and the first foreign batsman to score a Test double hundred at the WACA. Yet, through the entire course of the knock, Taylor never once settled into a rhythmic constancy. We have all seen on many occasions, how he can be devastating and brutal with the bat and give the bowlers panicky situations. Yet, the past few months have not been too wonderful for Ross, and he has had to even struggle to find the purple patch. What does Ganesha have to say? How will the New Zealand Batsman fare in the year ahead? Let's find out...
Ross Taylor - New Zealand Cricketer
Date of birth :- 08th March, 1984
Birth Time :- Not Known
Place of Birth :-  Lower Hut, Wellington, New Zealand
SOLAR CHART 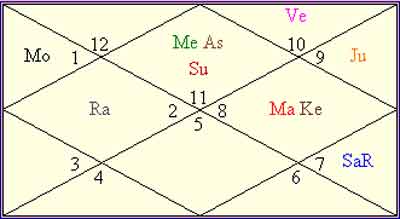 [Owing to the unavailability of credible birth-time of the celebrity, the analysis and predictions have been done on the basis of the Solar Chart/ Surya Kundli with the help of his birth-date and birth-place only.]
1) What may have caused Ross' return to form?
Important astrological observations :-
Astrological Predictions :-
2) What is the current planetary picture for Ross? Will he have a blast with the bat in the year ahead?
Important astrological observations :-
In addition to the above points :-
Astrological Predictions :-
3) Any fitness problems indicated?
Ganesha wishes good luck to Ross Taylor.
With Ganesha's Grace,
Rantidev A. Upadhyay
The GaneshaSpeaks.com Team
Share