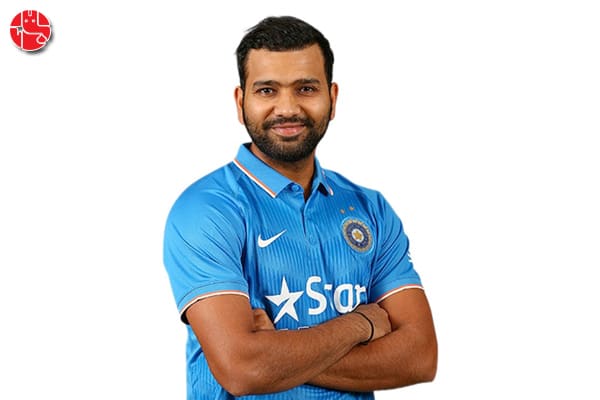 (Image Source: Internet)
Rohit Gurunath Sharma, 30, right-handed India opener is a cricketer who has been going through a phase of tremendous form, having recently notched up his third ODI double century, while no other cricketer in the world has scored even two.  Rohit Sharma, who is also an occasional right-arm off break bowler, is a Mumbai cricketer and plays for Mumbai Indians in the IPL. Rohit's first double ton came against Australia, 209 in 2013; the second, 264 against Sri Lanka, came in 2014; and the third, 208 not out also against Sri Lanka, earlier this month. Rohit Sharma is the only Indian cricketer who has scored a century in all three formats of the game -- Tests, ODIs and T20s. Ganesha analyses Rohit Sharma's horoscope to find out his future prospects. To find out, read on.
Rohit Sharma
Date of Birth: April 30, 1987
Birth time: Unavailable
Place of Birth: Nagpur, Maharashtra, India
Surya Kundli

Planets Have Helped Rohit Get Fame And Fortune

Rohit Sharma has exalted Sun placed with Mercury. The Sun gives him force, the power of will, success and good fortune. The exalted Venus is placed with strong Jupiter. The benevolent influence of Venus favours accumulation of wealth, fame and success. Adding to this exalted Moon is placed with Mars. This conjunction indicates his aggressive and positive mind-set.

Rohit Sharma likes to play lofted shots and take risks in the shorter format of cricket and has been very successful in the format with his approach. Do you want to know the future of your career? If yes, buy the Career Ask A Question Report and get the clarity.

Rohit Sharma has recently set new records and he will continue to get tremendous support from the transiting Jupiter in Libra. This is going to help him in a big way as is also seen from his Zodiac sign Taurus.

Rohit May Be Inconsistent In The 1st Quarter Of 2018

Even though he will be in good form, his performance will remain inconsistent during the first quarter of 2018. Rohit Sharma's impulsive approach and wrong stroke selection due to a rush of blood may cause some problems.

However, Rohit Sharma Will Still Hit Some Big Knocks

However, we can expect Rohit Sharma to play one or two big innings but he will not be able to do justice to his potential and talent as is seen in the Astrology.  Also read about Ravichandran Ashwin.

He will play well after mid-April 2018 and may become India’s most accomplished batsman. Also, Rohit Sharma will have plenty of planetary support during the latter half of the year 2018. Success in sports also translates into more money. Do you want to know the future of your business? Get the Free 2018 Business Report.

Despite Injuries, Rohit Will Get Full Support From Fans

However, Rohit Sharma may also feel that his energy is somewhat exhausted and he will also be prone to injury or fitness issues during the middle part of year 2018. He will garner tremendous appreciation from his fans all over the world during year 2018.
With Ganesha's Grace,
Tanmay K. Thakar
The GaneshaSpeaks.com Team
To Get Your Personalised Solutions! Talk To Astrologer Now.
Share