Shastri may have a good year ahead at the office and may infuse great optimism in the team: Ganesha 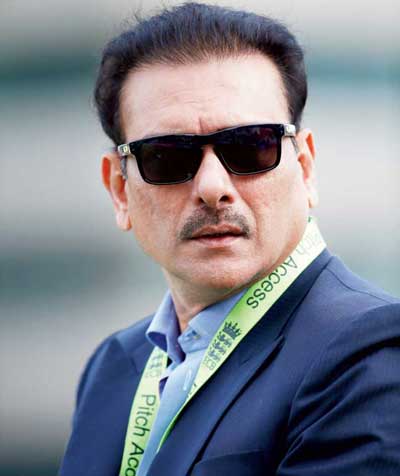 Ravishankar Jayadritha Shastri, or simply Ravi Shastri has throughout his career been a colourful personality, with a prominent tinge of flamboyance added to his bright self. Standing at a towering height of 6'3”, Shastri made for a very unique batsmen and used to open the batting and was also a slow left-arm bowler. He is very famous for smashing six sixes in an over in a first class match and is the first Indian cricketer to do so! He always displayed a great sense and instinct as a leader, though owing to some reasons he couldn't captain the Indian side for except for one test match. From the past decade, he has been one of the most liked and popular commentators in international cricket, with a very majestic voice and a distinct sense of expression combined with great diction. Making his way to the top smartly, he is the current Director of the Indian Cricket Team. He has been bringing in a lot of positve vibes to the Indian side, which has seen tectonic shifts in the composition after the exit of MS Dhoni as the captain and even other senior players. But, Shastri's path has not been completely free of controversies and some issues. Ganesha in this article, with the help of his Solar Chart, predicts what the times ahead have in store for him. Take a look.
Ravi Shastri
27 May, 1962
Mumbai, Maharashtra
SOLAR CHART

Astrological Observations and Analysis:
1. What do the Planets indicate about his path ahead?
2. Will he be able to create a concrete position for himself in the Cricket administrative set-up?
3. Are there any troubles or opposition or criticism in store for him? Or, do the planets promise a joy-ride ahead?
Ganesha wishes Ravi lots of success in his future endeavours and also in general.
With Ganesha's Grace,
Tanmay K.Thakar
The GaneshaSpeaks.com Team
Share