Dipa Karmakar Will Brighten Her Shine In Future, Predicts Ganesha 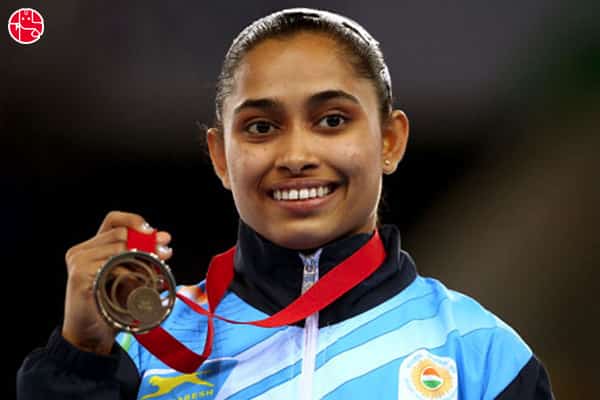 (Image Source: Internet)
“Gymnastics is my whole life, and I dream of going to the Olympics and being a world champ,” said the American gymnast and two times Olympian Aly Raisman. This statement shows the love, craze and the importance of the gymnastics. Well, Dipa Karmakar, an artistic gymnast, who represented India at the 2016 Summer Olympics, has shown to the world that India has arrived even in the exciting world of gymnastics. Dipa Karmakar has brought glory to the country. Her career will shine all the more in future. How will your career unfold? Buy the 2017 Career Report to know your future.
Dipa Karmakar is the first Indian female gymnast ever to compete in the Olympics, and the first Indian gymnast to do so in 52 years. She attained the 4th position in Women's Vault Gymnastics event of Rio Olympics 2016. A recipient of Padma Shri, the fourth highest civilian award in the Republic of India, Dipa Karmakar has indeed enriched the sports and expanded the Indian hold in sports to a new expanse. Now, Ganesha has analysed Dipa Karmakar's horoscope to find out whether her stars will grow in lustre and shine. Continue reading to find out:
Dipa Karmakar
Date of Birth: 9th August 1993
Birth Time: Not Known
Place of Birth: Agartala, Tripura, India
Surya Kundli

Planets Will Boost Dipa Karmakar's Energy And Enthusiasm In 2018

During the year 2018, several important planetary transits are going to happen which will shape the upcoming developments in Dipa Karmakar's life. To start with, the benefic planet Jupiter will be passing through the fourth and fifth houses in her Surya Kundli sees Ganesha. This development will facilitate the prospects of showcasing of her abilities and skills in sports. This is beyond doubt that her performance will be the key to success in the year 2018. Dipa Karmakar will be able to taste success. The main factors for her success will be her focused efforts, dedication and enthusiasm, foresees Ganesha. Success in sports usually translates into more money. Do you want to know about the future of your financial situation? You can do it if you get the Free 2017 Finance Report.

Natal Saturn signifies the eighth house of her kundali. Saturn will be transiting through the 6th house of fitness during the year 2018. Thus, the pressure to perform may increase for Dipa Karmakar and the impact of Saturn's transit may cause her some health problems. These may be resurfacing of some old health issues. Overall, the onset of the health issues may be quite unexpected. This development may be detrimental to Dipa Karmakar's health, says Ganesha.

Dipa Karmarkar Will Face The Challenges With A Brave Heart

On the whole, it can be said that Dipa Karmakar will target her goal with a lot of intensity and focus. Further, Dipa Karmakar will hold a positive mindset which is going to help her further. These two simultaneous developments are going to make her face the tough challenges in sports with a brave heart. Dipa Karmakar will be able to remove the obstacles in her path and surge ahead in her field of gymnastics.

In the end, we can say that Dipa Karmakar will surge ahead in gymnastics and win fresh laurels. She will be able to do this because planets will make her positive and enable her to remove the obstacles in her path in an efficient and effective manner, as per the prediction of Ganesha.
With Ganesha's Grace,
Malav Bhatt
The GaneshaSpeaks.com Team
For Instant Solutions! Talk To Astrologer Now.
Share