Golden chance for Dhawan to prove his mettle, says Ganesha 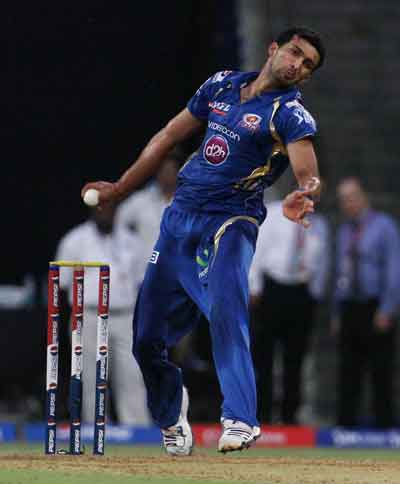 The 25-year-old Himachal lad, Rishi Dhawan is one of the more promising cricketers who have been on the fringes of the Indian team. Now, however, he gets the break he deserves, and will get a chance to prove his worth in the upcoming ODI tour of Australia. Dhawan is primarily a fast-bowling all-rounder who bats in the middle-order. He has played for Kings XI Punjab in the 2008 IPL. He was signed-up by the Mumbai Indians in 2013. He is currently playing for Kings XI Punjab in the 7th season of the IPL. Dhawan made his first-class debut at the tender age of 19. He is known for subtle variations in his bowling and is also preferred by teams in limited-overs cricket. Ganesha here tries to find out his prospects during the upcoming ODI tour of Austrialia.
Rishi Dhawan: Indian Cricketer
Date of Birth: 19th February, 1990
Time of Birth: NOT KNOWN.
Place of Birth: Mandi, Himachal Pradesh, India
SOLAR CHART 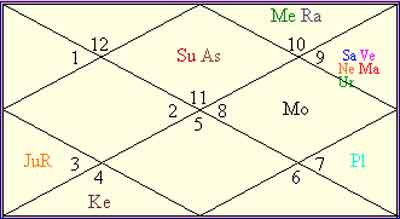 [Owing to the unavailability of credible birth-time of the celebrity, the analysis and predictions have been done on the basis of the Solar Chart/ Surya Kundli with the help of his birth-date and birth-place only.]
Predicting performance of Indian cricketer Rishi Dhawan during forthcoming tour to Australia.
Note: Tour to Australia will be between 12th January to 31st January, 2016
Important Astrological Observation:
Astrological Predictions:
Ganesha wishes a great time ahead to Rishi Dhawan.
With Ganesha's Grace,
Rantidev A. Upadhyay
The GaneshaSpeaks.com Team
Share