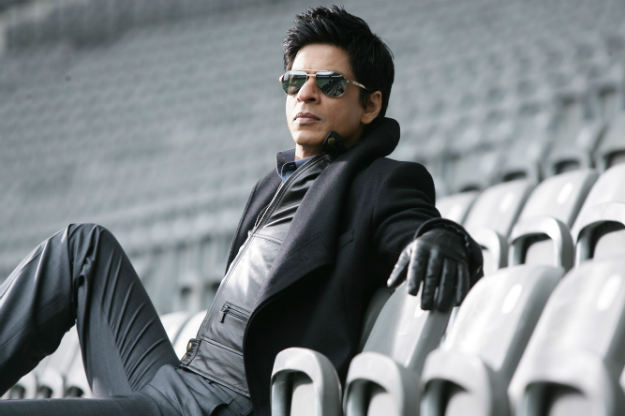 "Jab aadmi kuch nahi hota, tab mehnat karta hai. Jab ho jaaye, uske baad mehnat karna bahut zaroori hai. "
– said the Badshah in one of his interviews and he has literally followed this belief throughout his career; the actor who is considered to be one of the biggest stars of Bollywood happens to be one of the most hard-working and dedicated artists. Over the years, with various incredible performances and the trademark killer charm – Shah Rukh Khan has established himself as the King Khan of Bollywood. He is a declared workaholic and is highly respected by the Bollywood fraternity as well as his fans for his passion for the craft, exemplary calibre, extraordinary will-power and the trademark electric wit. So tremendous is his stardom, that he is arguably India's biggest star overseas, with films striking a chord even in countries like Germany, France Russia, Japan and Indonesia. In the past few years, the path has been a somewhat bumpy one for Khan and he has stepped on the landmines of controversy more than once. But what sort of a journey awaits SRK in the coming year? Let's explore.
Shah Rukh Khan
Date of Birth: 02nd November, 1965
Time of Birth: 02.30 A.M.
Place of Birth: Delhi, India
NATAL CHART

Get Your Hand-written Janampatri By Our Experts.
The planetary alignments in the months to come:
Ganesha observes that Shah Rukh will be under the influence of Saturn major period and the sub period of Venus till 24th February, 2018. Saturn is retrograde in it's own sign – Aquarius in the 7th house and Venus is in Semi Sextile aspect with it. Saturn will be transiting over his natal Venus after 26th January, 2017. Jupiter will be transiting through the 2nd house till September 2017 after which, it will be transiting through the 3rd house of his chart, that is, over his Natal Sun. Rahu and Ketu will be transiting through 12th House-6th House axis after August 2017.
What the stars indicate about the King Khan's upcoming year:
Considering all the aspects mentioned above, Ganesha feels that Khan's year ahead is going to get more busy. There will be an incessant surge of new activity and a lot of new projects may come his way. His decisions as a producer may payback well in the upcoming year and the time looks good for his company's (Red Chillies Entertainment) overall prospects. Also, foreign opportunities are likely to increase for the Swades star.
"Jo nahin ho sakta, wahi toh karna hai."
– SRK In Chak De! India
Ganesha also feels that the actor will set higher goals for himself in the year ahead. He may also decide to explore uncharted territories – be it as an actor, producer or as a businessman. Jupiter will have an extremely important role to play in SRK's life in the next few years. Ganesha explains that it is because the mighty planet will be transiting through key Houses and will be influencing some major planets. Moreover, once Jupiter enters the Sign of Libra and begins its transit over the Natal Sun, we can expect some major positive happenings in Shah Rukh's life. And, there may be a major important deal or contract that he will be able to crack as a businessman in the year post then. Are you planning to make major changes in your business, then avail our personalised Business Ask A Question.
"Aadmi accha hoon, irada nek hai aur mausam first class hai... Chalein?"
– This dialogue, delivered by Shah Rukh in the film Yes Boss, perfectly symbolises his attitude in general. But the transit of Rahu through the Ascendant may create further controversies and may dent his image. So, though SRK is a 'accha aadmi' (good man), kharab mausam may force him to do course correction and watch his step, feels Ganesha.
"Kisne kaha ki chamatkar nahin hote, zara mujhe kareeb se dekho."
– Dialogue delivered with amazing swag in Don 2
Ganesha says that SRK may not rush into things, especially when it comes to films in the year ahead. Saturn's transit over Natal Venus will compel him to pay more importance to the substance of the scripts rather than the banner. Though he may be doing a lesser number of films in the year ahead, it would be quality that he will be focussing on.
"Kabhi kabhi jeetne ke liye kuch haarna padta hai, aur haarkar jeetne waale ko Baazigar kehte hain!"
– SRK in Baazigar
According to Ganesha, some of the upcoming films of SRK may land into controversies, but may ultimately be able to get high appreciation. Also, the actor may get nominated for some awards next year.
With Ganesha's Grace,
Bhavesh N. Pattni and Aaditya Sain
The GaneshaSpeaks.com Team
Have some queries in your mind regarding certain areas of life? Then, why continue to remain in doubt. Talk To Astrologer now for expert guidance and smart solutions!
Share