Stars Have Got Something for Hemant Soren in the Battle! 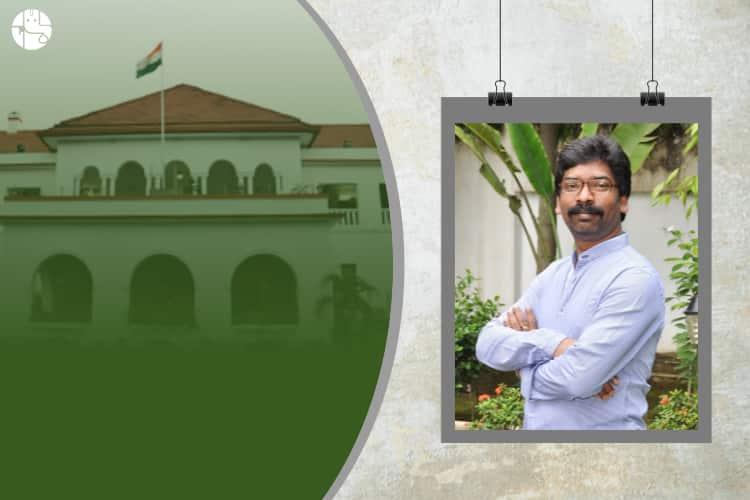 The elections of the Jharkhand Legislative Assembly have got Hemant Soren, the son of Shibu Soren, as one of the key candidates. Being under the wings of a political background has helped him pave the way quite favorably. He is known to be a brave and confident politician in terms of fighting for people’s justice.

Hemant Soren has been a member of the Rajya Sabha from June 2009 to January 2010. On July 15, 2013, he won the elections and became the fifth Chief Minister of Jharkhand with Congress and Rashtriya Janata Dal’s support. He also led a strong protest in 2018 on SC/ST dilution by the Supreme Court along with Shibu Soren. Additionally, he tendered amendments for the Land Acquisition, Rehabilitation, and Resettlement Bill (LARR) by the Jharkhand govt.

With such powerful political inheritance, even stars can not fail to favor him! Find out what Ganesha predicts for the fighter in the Assembly Elections 2019.

In the above Surya Kundali, the natal Saturn is in conjunction with Sun in the Cancer sign. Considering his previous planetary transits, Ganesha observes that transiting Saturn and Rahu were in Libra around 2013 and 2014. Hence, this dual transit of Saturn and Rahu might have greatly impacted his political life in a positive manner. Barring various obstructions and interruptions from the opposition parties, he was able to take a leap in his political career for a shorter time frame.

The parivartan yoga between Sun and Moon is also one of the greatest factors which had helped him develop his political career. Ganesha feels this combination should have given him strength and energy to face those obstacles and interventions in his political career. He is likely to use the best of his wisdom and will also be able to perform better.

Uncover the yogas you posses to know your hidden potentials with the help of a detailed Janampatri.

Considering all upcoming planetary forces, Ganesha feels that Soren will be able to achieve reasonable success in these assembly elections. However, he may face some problems in a few of the constituencies. In addition, the margin of winning will be less than his expectations due to Ketu's transit over the 12th house. On the leadership front, he will prove his efficiency that will enhance the public image of his party and himself amongst the voters. He is likely to play an important role in state as well as central politics.

On the whole, he is going to spread attractive vibes by his speech and social deeds. His methodical approach and ability to appease voters may probably help him reap benefits in this elections. His efficient leadership will encourage his party and will make a mark in Jharkhand Politics. However, his performance may not totally match up to his expectations.