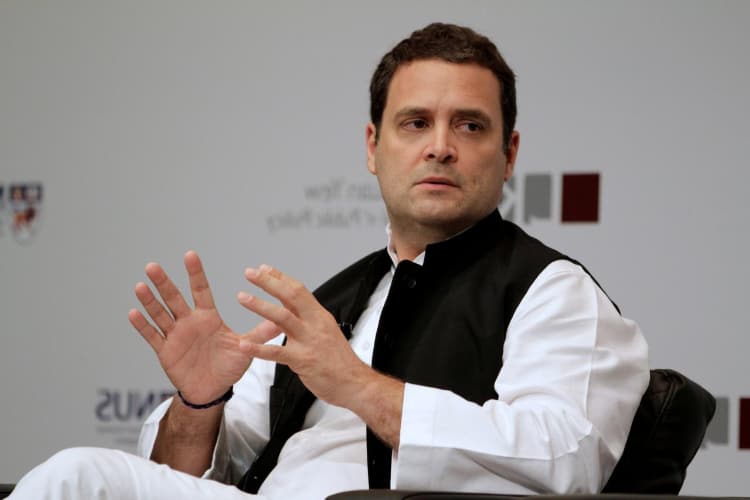 Cosmos may fade RaGa's popularity to a great extent during the 2014 LS Elections, feels Ganesha.

However, despite his fading popularity and feeble chances of becoming the Prime Minister of India, Rahul Gandhi will continue to grow in stature in the Indian political scene, assert the stars.

The glaring point in our political scene today is that a party, which dominated the Indian politics since independence, producing one charismatic leader after another, now appears to be teetering on the brink. Will Rahul Gandhi manage to step in and salvage the party from total ruin by winning the 2014 Lok Sabha Elections?

The stars say, not really!

Rahul Gandhi is currently under the influence of Mars Mahadasha and Jupiter Bhukti. Mars is placed in the star of Rahu and Jupiter is retrograde in the Ascendant. Jupiter owns the 6th house (house of enemy) in his chart and this planetary aspect would be a major roadblock for him. So, the General elections shall turn out to be a big electoral test for RaGa.

The transiting Saturn and Rahu are moving over the retrograde Jupiter. So, Rahul's role in the selection of candidates for the polls may cause turmoil within the Indian National Congress. Also, Rahul's political strategy and skills shall not enthuse the voters and his party members much.

As the transiting Jupiter is moving over Rahul's natal Sun and Mars, the traditional voters of Congress – the party loyalists - will look at him to guide them and govern at the national level, but he will be unable to fulfill their expectations. He will remain concerned and doubtful about himself or the system, and as a result he will not be able to express himself freely. However, this should not spell the end for Rahul and Gandhis in Amethi. The transiting Jupiter is moving over the natal Sun and Mars in Rahul's chart, which is a favourable aspect.

All in all, although the chances of Rahul becoming the Prime Minister of India are very feeble, he still stands a chance to keep his traditional voters intact. Despite his failures, he may continue to play key role within the Congress and also in Indian politics in years to come.