Despite some challenges, the resilient Piyush Goyal will continue to perform well... 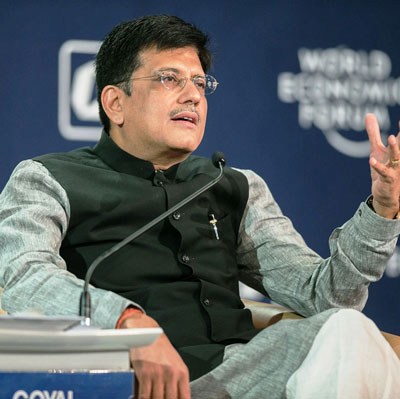 Minister of State with Independent Charge for Power, Coal, New and Renewable Energy in the Government of India, Piyush Goyal also masterminded the BJP's publicity and advertising campaign including the social media outreach for the Indian General Elections 2014. He is the son of Late Shri Ved Prakash Goyal who had served as a Union Minister for shipping in the Atal Bihari Vajpayee cabinet and was also the treasurer of Bhartiya Janta Party for a long time. A well-known investment banker, he has advised top corporates on management strategy and growth; also served on the Board of India’s largest commercial bank, State Bank of India and Bank of Baroda. Piyush has been working relentlessly and has been delivering path-breaking results in the power sector. There is an app that he has got developed, through which we the Citizens can keep a track of the electrification work being done across the country. The coal-stock situation in the country has also drastically improved due to his efficient policies. Hundreds of villages are now getting the opportunity to enjoy electricity in their houses and the softspoken minister has been playing a tremendous role behind such successful endeavours.
After analysing his horoscope, Ganesha here feels that he may face some obstacles till August thiss year, after which the sailing will be relatively smooth for him. Read on to know more...
Piyush Goyal – Union Minister for Power and Energy, NDA Govt.
Date of Birth: 13th June, 1964
Time of Birth: Not Known
Place of Birth: Mumbai, Maharashtra, India
SOLAR CHART

[Owing to the unavailability of credible birth-time of Goyal, the analysis and predictions have been done on the basis of the Solar Chart/ Surya Kundli with the help of his birth-date and birth-place only.]
Astrological Observation:
Astrological Predictions:
Ganesha wishes a great time ahead to the learned Cabinet Minister Piyush Goyal.
With Ganesha's Grace,
Rantidev A. Upadhyay
The GaneshaSpeaks.com Team
Share